It was not long ago when Pakistan’s KPK minister was live with cat filter, making the news worldwide and there we go again. A similar mistake was made on the live stream of the Canadian police press conference.

The Royal Canadian Mounted Police of British Columbia accidentally used a Facebook filter on Sgt. Janelle Shoihet. She was leading the briefing and the filter was turned on showing whiskers and cat ears. 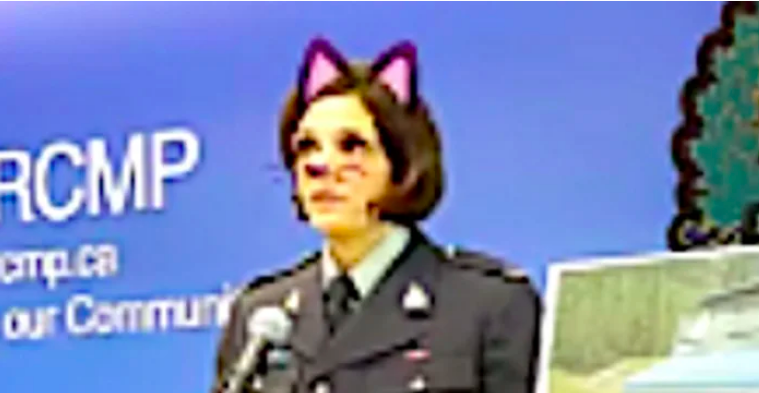 In the case of Pakistan’s provincial minister, the filter was also a result of human error and the video was deleted later. It immediately became a point of discussion for the world as major websites such as Verge, BBC etc.

People should be cautious enough to know they are live on Facebook and can’t afford to do any experiment on the stream to avoid embarrassment.