The current chart is beginning to look like a head and shoulders top. It remains to be seen what happens at the eve of new year. 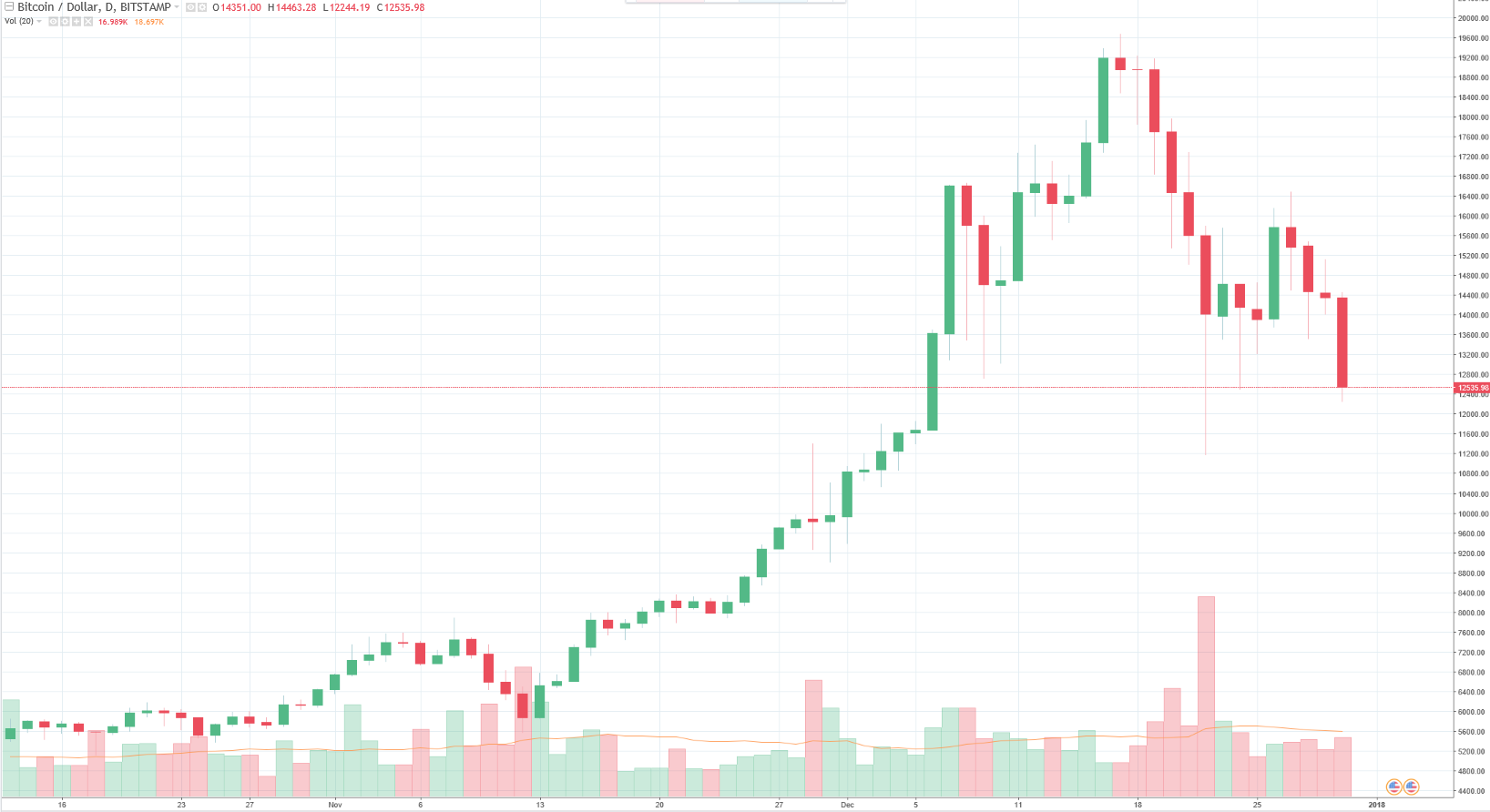 The current price drop could be because of Ripple. It’s price surged nearly 50% couple of days back and the now it is up another 8% to around $2.05.

There are reports that Australian banks, National Australia Bank, ANZ, the Commonwealth Bank of Australia and Westpac Banking Corporation have frozen customer accounts that are linked with with CoinJar, CoinSpot, CoinBase and BTC Markets.

Because the destination account previously has been connected to a fraud or an attempted fraudulent transaction or is an account used to facilitate payments to Bitcoins or similar virtual currency payment services. A spokesman from Commonwealth Bank