Intagram added tons of things such as Boomerangs, mentions, and URLs to its Snap Chat copied features in order to make them a little different from the originals. But it is now again on the same track of replication by rolling out its ephemeral Live Video and messages.

This is really an interesting addition as it brings one of Facebook’s features to its photo sharing applications. This will make users story more exciting by offering them to enter into a live stream. They will be able to swipe over a new “Live” button. Whenever a live streaming starts, that user’s followers will be sent a notification to watch the video. They will be allowed to leave comments by pinning down one of their comments to the top of the feed. But comments can be completely turned off as well.

Stripped with emoji reactions this feature is similar to Facebook’s Live Offering. The feature will be available in the coming weeks and recorded videos will not be posted to user’s profile just after broadcasting.

Freshly introduced feature on Instagram is its “disappearing messages”. This feature will allow users to send a photo or a video in secret to followers by pressing the new messaging icon available on the top right corner of the app’s home screen. It is visible that this feature is a reproduction of SnapChat’s book which came up as a creator of ephemeral messaging in 2011. 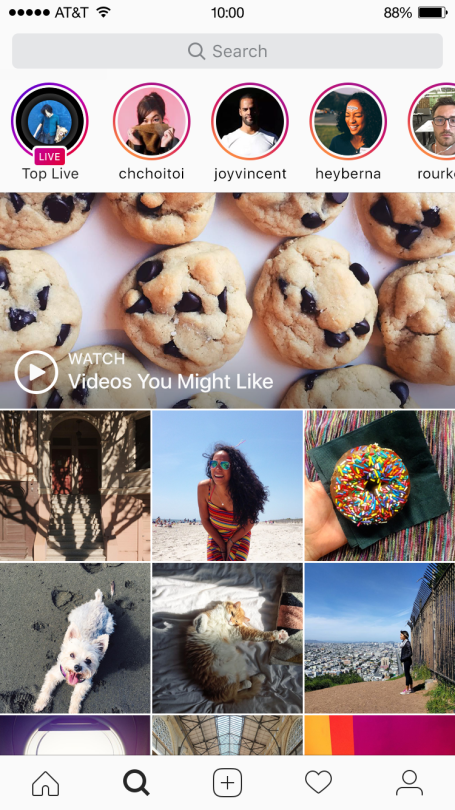 The race between SnapChat and Instagram Stories seems to be never ending. Instagram is bombarding its platform with new features to make it’s compete with SnapChat. But by even with improved copied features, the platform still lacks some of the fascinations that SnapChat has for its users.