My name is Hisham Sarwar and I am a Freelancing trainer at DigiSkills.pk. Freelancing is quickly becoming one of the most desired and chosen careers for people all over the world. People pick freelancing because they want to enjoy their work and most importantly the freedom which is hard to find in a 9 to 5 job.

It is the freedom of living your dream life, choosing your own work hours, and being your own boss. The freedom to make unlimited money as compared to a fixed salary in a job.

Loving the work is very important and that is essentially what freelancing is all about. It is about staying obsessed with the work to the core so one can successfully finish the projects, get new work and continue making good progress.

In Pakistan, many freelancers are catching up with the work from home wave quickly in the last few years. The Government’s program Digiskills.pk is a free online program that promises to teach and produce one million freelancers. The program is focused on training Pakistanis only and is offering ‘free’ 24 hours video training courses such as;

As the first batch is about to finish. The success stories created so far show a glimpse of the promise of what is about to come.

Pakistan currently ranks 4th in the top freelancing producing country. The new range of freelancers is not only empowering themselves but also playing a pivotal role in increasing the country’s foreign exports thus contributing to the economy.

After the program rolled out three months ago, freelancers have already started to make money on freelance marketplaces such as Guru, UpWork, Freelancer.com, Fiverr, and WorkChest.

Who is Hisham Sarwar?

I am a freelancer who accidentally stepped into the freelancing world as I was laid off from my job just over 2 decades back. Being a self-taught graphic designer, I worked on different freelance marketplaces but my real success came on Guru.com.

Within a few years of offering my service on the portal, I became the 1st and the only Pakistani to rank in the top 10 out of 2 million freelancers and as a reward for my services, I was given exclusive testimonial space on Guru.com home page. A feat I will cherish for the rest of my life.

I started looking into freelancing accidentally and it has been a great time ever since. I love my work. 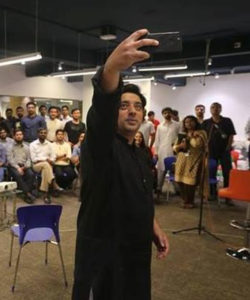 I was selected by Virtual University to record the freelancing course of Digiskills. An offer I could have never refused because it gave me an opportunity to pay back to the people of my country. A country that has made me who I am and is a reason for my recognition all over the world as a freelancer and a blogger.

The motive was clear. I wanted to teach every single trick up my sleeves that has enabled me to retain my career as a freelancer and helped me in growing my profile.

The course outline was carefully created after several days and worked all through the nights. The idea was to ensure that the students get to know what they should know in order to get started as successful freelancers in different freelance marketplaces.

When I finished recording my lectures for freelancing at Virtual University, I realized my job was half done. Just like a movie star eager to make his movie a box office hit, one who does premier shows prior to the movie launch in the theatres; I started talking about the DigiSkills program in my all university lectures and seminars.

I genuinely believe, Digiskills can bring a revolutionary shift in empowering the people of Pakistan. It will bring change by teaching free skills, giving an opportunity to grow and make good money.

When the course started, the influx of people on my Facebook began to build up. I decided to create a Facebook group to accommodate these people who wanted to become potential freelancers. With the help of a few other experienced freelancers in the country, we quickly grew the group and students rushed in to be a part of the group to learn more. The idea was to let people get in touch with me and guide them.

You are as big as you challenge yourself

My prime focus was to advise them about the Do’s and Don’ts of freelancing. I have learned the art of doing freelancing correctly by going through tough stumbling blocks. I made mistakes but the motive was, my students, do not have to go through such a difficult phase.

Within two months, the efforts of Digiskills began to pay off. Investing my personal time to encourage people about the advantages of freelancing, the response was overwhelming.

We live in a country where the majority of the population is young. Factor in the big gap between industry and academia, Freelancing seemed to be an ideal answer to empower them. 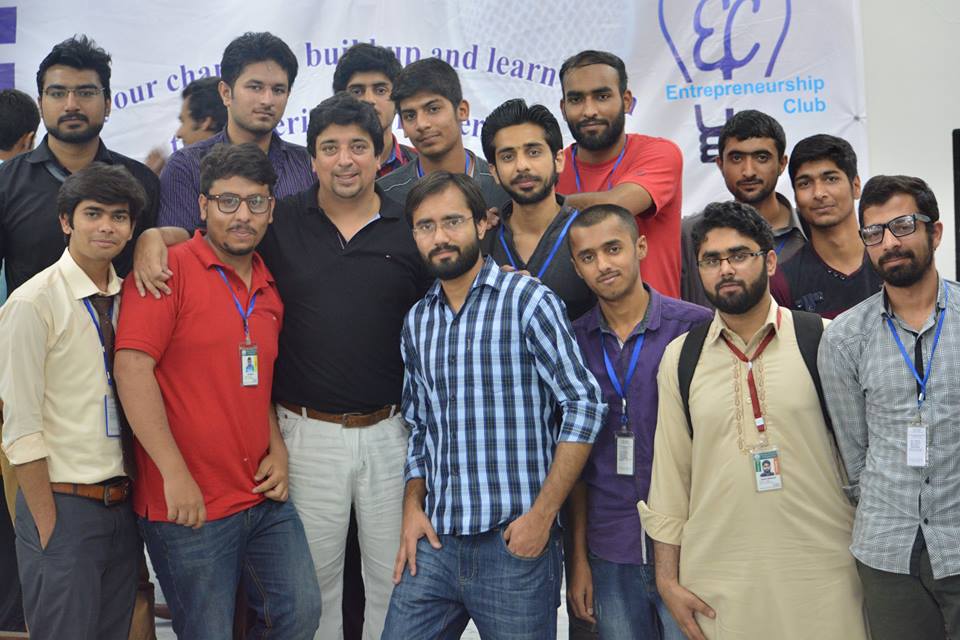 With over 8 Digiskills batches successfully conducted, so far,  we have created hundreds of thousands of success stories from all over the country. People from remote areas of Pakistan in Baluchistan, less privileged areas of KPK, and Sindh are beginning to cement their place as promising freelancers of the future and have started to make money online.

In this video, we have compiled screenshots of successful new freelancers in the group who shared their success stories after Digiskills online training.

Digiskills could turn out to be the most promising program focused on empowering the country’s talent online and eventually resulting in promoting Pakistan to the top freelancing producing country in the world.

Excited?. You can join the next batch on the DigiSkills website and also my freelancing Facebook group.