As people continued exploring the trends behind numerous historic moments of 2019 on Google, things were not the same for Facebook.

With 2.45 billion monthly active users as of the third quarter of 2019, Facebook is the biggest social network all over the world. The social media user base certainly grew. The trend added an upwards stride to an ever-rising number of users continuing to grow on the platform since 2018. 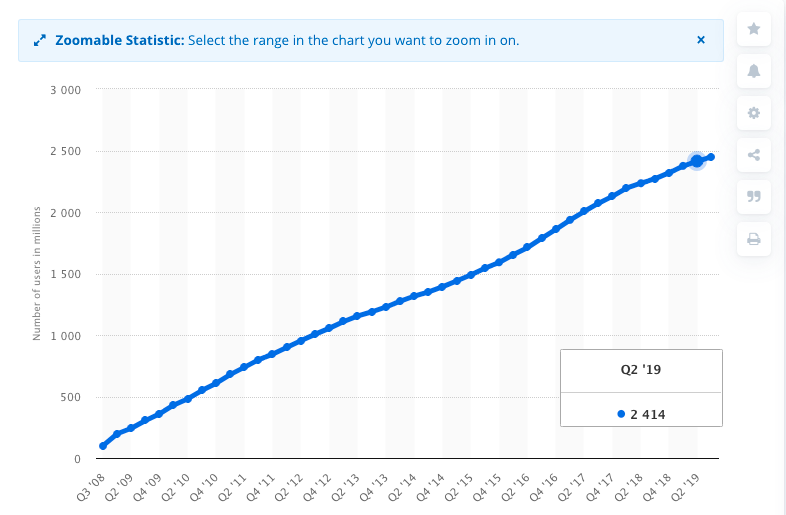 Facebook popularity grew to an astonishing number of 100 million users on August 25, 2008, and by July 2010, the company has half a billion users which suggest the popularity of the website within 2 years.

In 2010, Facebook was the second most visited website in the US and by far the most popular social media networking tool. The company maintained its ever-growing userbase by cracking a milestone of 1 billion users in September 2012. An amazing journey from 100 million in 2008 to 1 billion users in 2012. This time span of 4 years was probably the prime of Facebook.

It took Facebook 5 years precisely to add another billion users. The company reached 2 billion users in 2017. 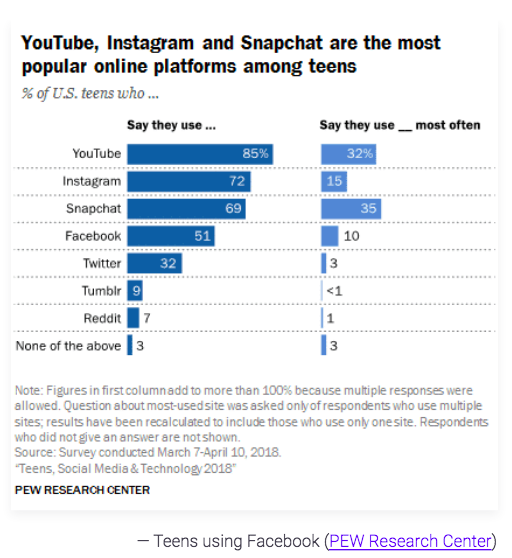 Since 2017, the company has only added .45 billion users. A lot of this dip is probably attributed to a security vulnerability, data leak news the company has surrounded itself recently.

In October 2019, Facebook lost its status as the top 10 best brands globally.

Is this the begging of a fall for the world’s largest social media platform?

If that was not enough, Presidential candidate Joe Biden says he would be open to breaking up Facebook. On the money front, the year was the strongest with advertisers. The stock price hovered above $200 by Christmas.

The company has maintained a hard line about pinning down fake pages, groups, and accounts spreading false information.

With the U.S. Presidential elections just a year ahead, it would be interesting to see how the company progresses in 2020.