People often confuse these two words. It is very important to understand the difference between a boss and a leader because both are different.

Who is a Boss?

A boss is the head of an organization, an individual to whom the employees report on a job. He exercises control over employees, gives them tasks and instructions, and takes decisions about all organizational matters.

In the modern era, in an organizational hierarchy, there is no formal designation such as ‘boss’ but the term typically points out to an individual who is in charge at the helm of the affairs in his organization. A boss could also be a supervisor, a director, or a manager with many people directly reporting to him.

A bad boss can make employees’ life miserable. People don’t leave jobs, they leave toxic work cultures. A bad culture is developed by the boss. A bad boss can ruin people’s careers. However, a good boss can inject a lot of enthusiasm and confidence in employees.

Who is a Leader?

As the title suggests, a leader is one who leads from the front. It is a title associated with an individual. A leader not only shows the way but also comes in front and leads a pack of people.

A leader influences people and inspires them towards the accomplishment of goals. A leader is someone who has a big vision. They are always self-inspired, committed to a goal, and work continuously towards achieving it. A leader also sets an example. People follow a leader because they are shown a direction.

Leaders listen to their followers. Leaders who don’t listen are surrounded by people who have nothing to say. 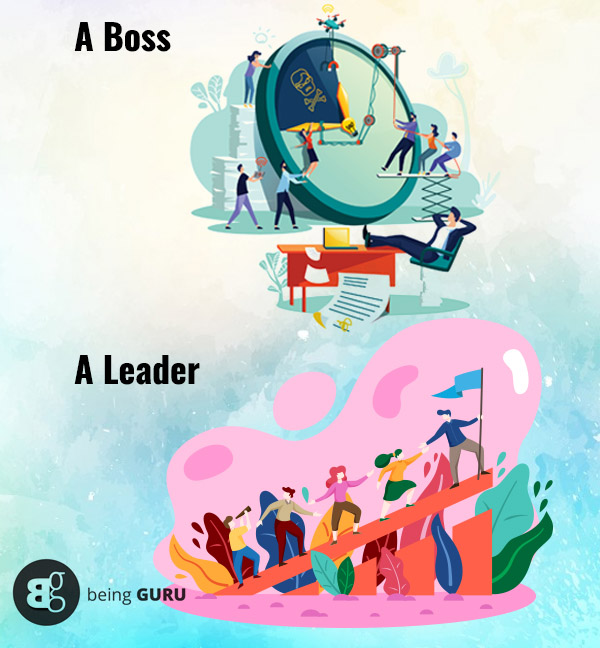 A good leader commands respect by his practical approach towards a mission or a goal. On the other hand, a boss uses their power and position to command over their employees and get the job done.