WhatsApp messages will auto-delete after fixed 7 days. According to WaBetaInfo, the new feature is being developed within the latest beta. We are not sure when the feature will roll-out to the public on iOS and Android phones but what we do know that featured will be called “expiring messages”. The messages will also delete the media. The interesting update here is, the users won’t even be notified with a message once the messages are deleted.

The feature “auto-deleting messages” is perhaps taken from WhatsApp alternative app called Signal. You can set the duration (life span) of any conversation and they will automatically disapear after that timeframe.

The typical timeframe on Signal is set between 5 seconds to one week. However, there is no facility to stop users from taking screenshots of that particular conversation before it gets deleted forever from the app. On WhatsApp, the reports are – there’s a fixed timeframe of exactly one week, i.e – 7 days for self-destructing messages. 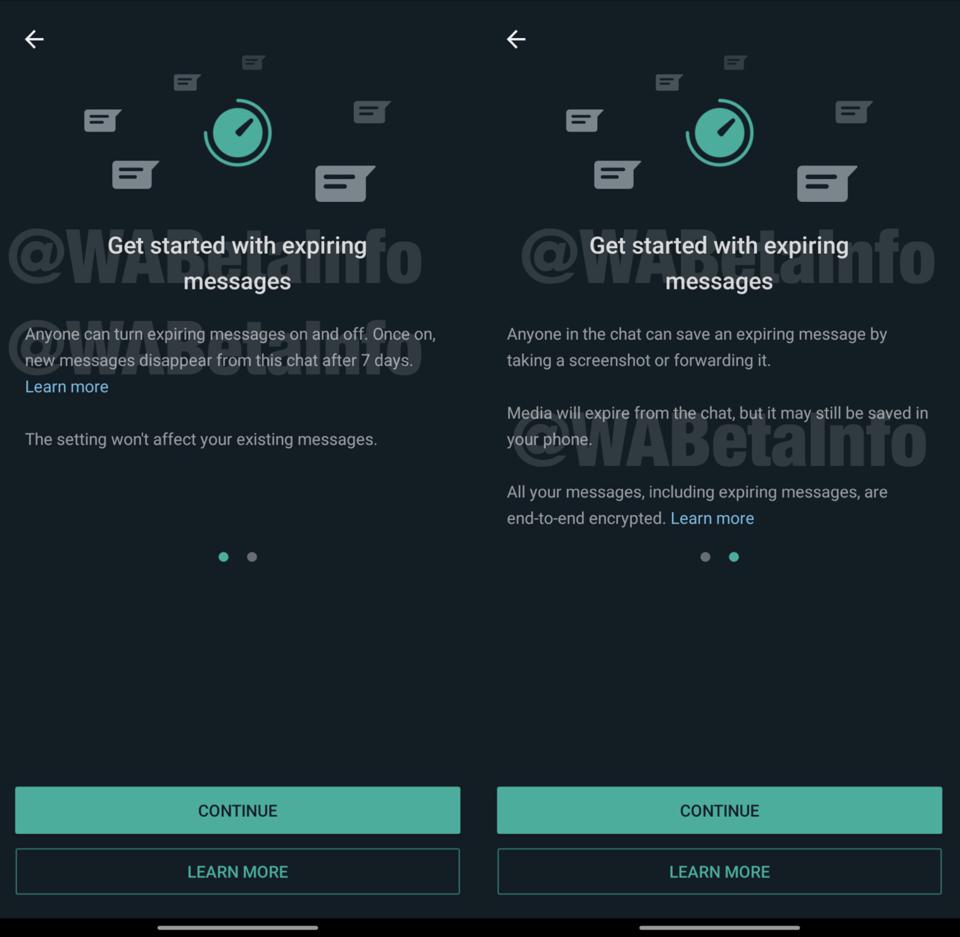 Besides this upcoming feature, WhatsApp is also working on extending end-to-end encryption to cloud backups, currently, the biggest hole in WhatsApp security exploited by many. WhatsApp will also be introducing a mute forever option. This option is for ever-annoying groups you are added and are tired of their unwanted notifications all the time.