Throughout different countries of the world, there are different ranking systems for universities. Special attention is paid toward the evaluation of universities at the national as well as international level. Our nature as a scholarly society compels us to magnify those universities that come up with the international standards.

The institutions that retain the top spot include the National University of Singapore as Asia’s best university. Then it is followed by the China’s Peking University and Tsinghua University from a list of 300 universities. 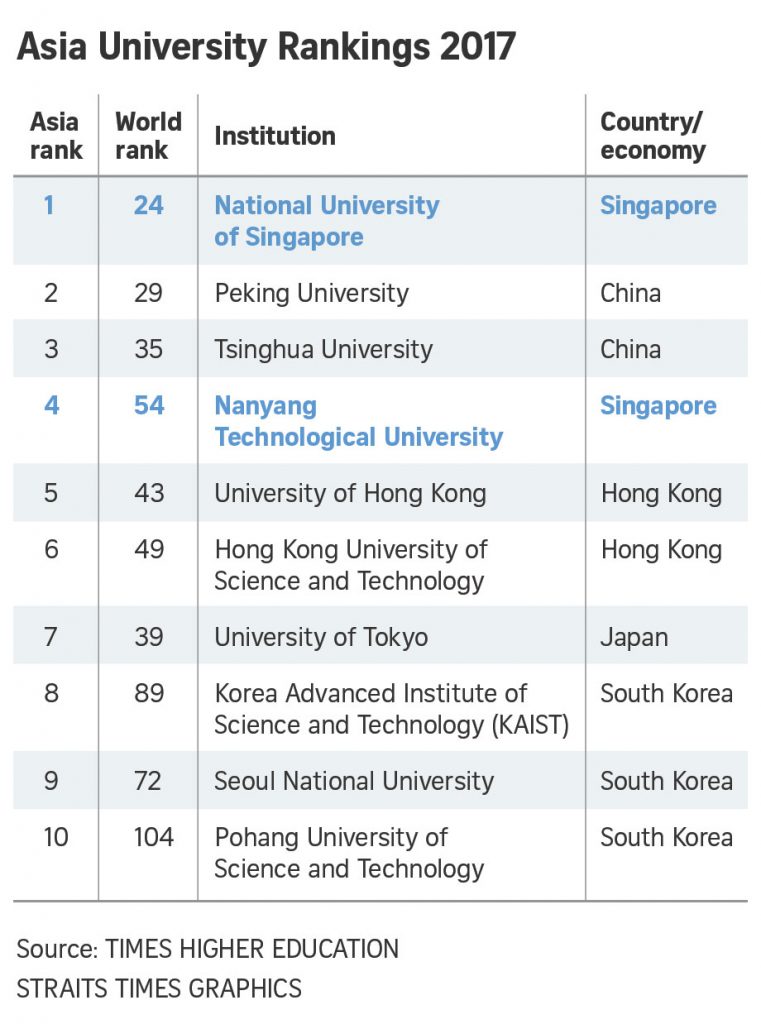 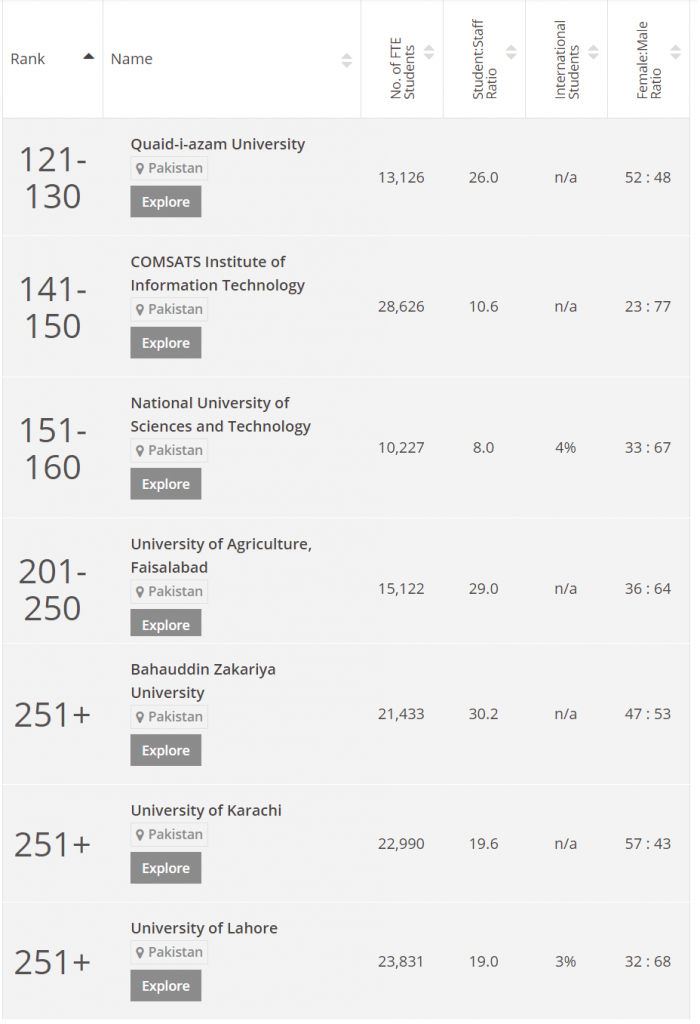 But even with an increased number of universities making up to the list, the problem is that the universities already at higher number have now gone to lower spots. Last year Quaid-e-Azam University ranked at 101-110 and has dropped to 121-130 this year. Previously acquiring a place at the 121-130 spot, National University of Sciences and Technology has fallen to 151-160.

According to the statement issued by the editor of the Times Higher Education rankings Phil Baty,

“Pakistani institutions tripling in number while making to the ranking list of best universities, is amazing news. The new entry is COMSATS Institute of Information technology which has made it to the list this time. The overall ranking of the Asia’s best 300 universities represents that the region is becoming dynamic, diverse, and highly competitive in education. Pakistan is the main section of the development and country must make sure that it does not get left behind”.