It’s about time this amazing feature makes it to WhatsApp. One of the world’s largest messaging app, WhatsApp is used by more than a billion people in the world. The company is introducing new features frequently ever since acquired by Facebook and its original founders resigned from their positions.

Whatsapp is all set to roll out “disappearing messages”. Being largely inspired by Snapchat as most of the features in all Facebook-owned companies replicate Snapchat original features.

WABetaInfo a Twitter account that keeps a close eye on new WhatsApp features says the new version 2.19.275 of the Android app has this amazing feature. 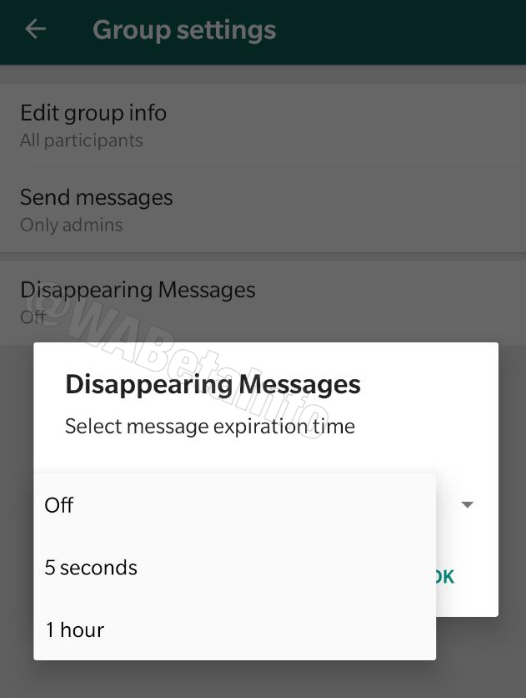 Disappearing messages are very useful in Snap chat. One of the reasons why teens are so crazy about Snapchat is this “disappearing messages” feature. Somehow they feel comfortable in not leaving their pictures on the platform. Now on WhatsApp, this feature can be very useful too, especially while sending out sensitive information that you don’t want to be permanently available.

Currently, the expiration time options are 5 seconds and 1-hour and there is no other option but we are not sure if the final version will have these 2 times-slots only.