WhatsApp is the world’s most popular chat app with 1.5 billion monthly active users, up from over 1 billion daily users in February 2016. People prefer using WhatsApp over SMS because it lets you send images, videos and also lets you make video calls over the internet.

Tech giants Samsung Electronics Co and Google have teamed up to introduce and promote Rich Communication Services (RCS), an upgrade to SMS technology that will let users send messages, make video calls and most importantly, send large files within App. The App will be launched to take WhatsApp on a heads-on competition to capture market share.

WhatsApp lets you send video up to two minutes only so this new innovation could really prove to be ground breaking. Moreover, Samsung has also said that its new Galaxy smartphones will natively support RCS messaging system, making it one stop chat application for all Android users.

Both companies plan to take RCS system to all android platforms. According to Statista, In 2017, 85.9 percent of all smartphones sold had Android as its operating system so the market potential is huge for this new App. 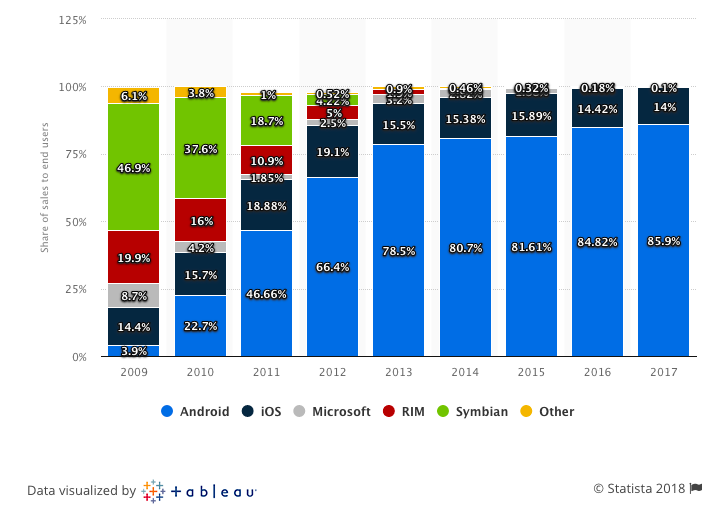 “This collaboration will help further the industry’s momentum toward advanced messaging and global RCS coverage.”

“Our partnership will further advance our shared vision of a substantially improved messaging experience on Android for users, brands and the broader Android ecosystem,” Anil Sabharwal, Vice President for Communications Products and Photos at Google, was quoted as saying by IANS.

“By furthering our robust partnership with Google, we will bring a richer messaging experience to our customers, letting them seamlessly chat with their friends and family across messaging platforms,” Patrick Chomet, Executive Vice President at Samsung’s Mobile Communications Business, said in comments posted on the website of Samsung Mobile Press on Wednesday.