As rumored, Snapchat has finally released its first hardware product called ‘Spectacles‘. The company has done major re-branding. In order to explore new avenues and not to be known only as a social network, Snapchat has changed its name to Snap Inc.

Evan Spiegel, Snap Inc CEO revealed ‘Spectacles‘, a set of $129 cool sunglasses that has integrated video camera. All videos recorded are stored in the memories section of the app. 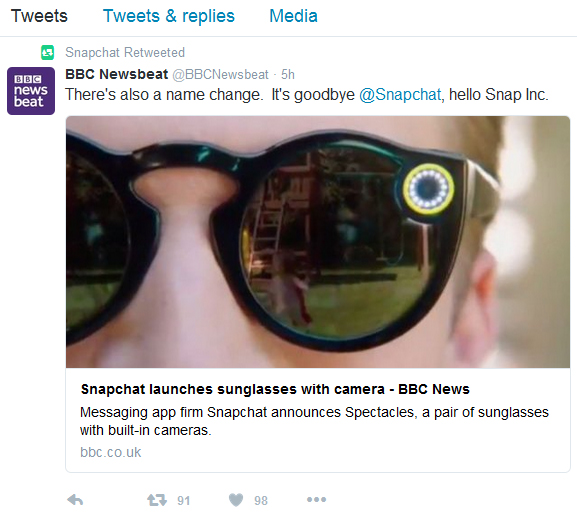