3D face scanning has been rumored for quite some time now. It has been predicted that the next iPhone will have a 3D face scanning along with a large screen-to-body ratio. The recent leaks about Apple reveal the confirm use of infrared face unlock in the BiometricKit for the upcoming iPhone.

The leaks further indicate a bezel-less design that will be exactly like the rumors that have been circling since May. The iOS developer Steve Troughton Smith who came across code to confirm the specs of the iPhone assured that the icon specific to D22, the iPhone that has Pearl (Face ID). 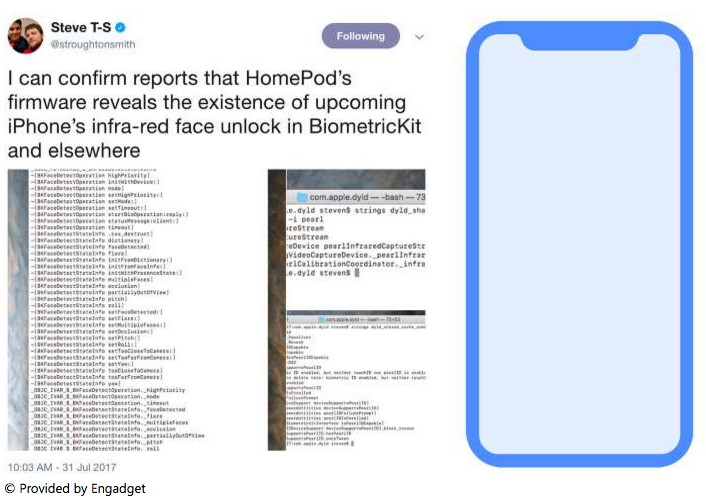 The discoveries up till now have given the Apple fans a good idea of what to expect with the upcoming iPhone. Apple plans to launch the 10th-anniversary device later this year. This time, the iPhone is also expected to feature a glass back along with wireless charging. Still, there is no confirmation of the existence of a Touch ID.

The Homepod firmware code seems to indicate that the Touch ID will become a part of the iPhone but there is no confirmation that Apple is actually ditching the Home button in favor of an under-display fingerprint scanner.