Taking a step. Empowering the women. Making a difference.

On 8th of July 2017, PITB organized this fantastic event which was basically a capacity building program to create strength in entrepreneurship. It took place from 9 am to 7 pm in Arfa Software Technology Park. I have been working in the IT industry for a while now and so was interested in attending this event. It had sessions on the role of women in education, policy, media, business, entrepreneurship and leadership.

The program encouraged women to run their business and promote them through Facebook. First time in the history of Pakistan, an initiative joined hands with Facebook to promote women empowerment. Herself worked with Facebook’s initiative #shemeansbusiness to support and encourage women who want to become successful entrepreneurs and highlight their success stories on a global platform. 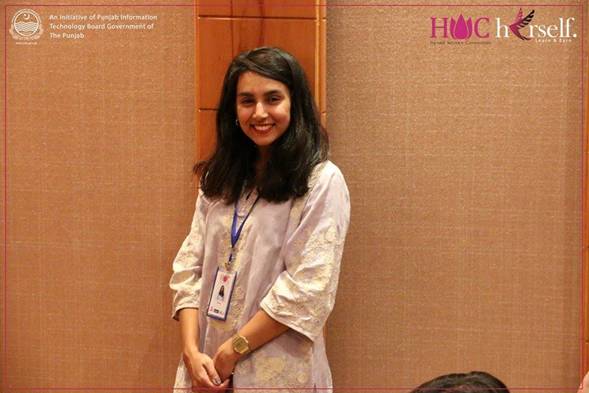 After the opening speech by the host Zaineb Tariq, Dr. Shehla Javed was invited on stage who is CEO of Akram Medical Complex and president of Women’s Chamber of Commerce & Industry, Lahore (WCCI). She was of the opinion that women are more committed in business as they do not give up easily. Men do! She said success rate of women entrepreneurs is more than men. She surprised the audience with her mind boggling statistics of 1,26 million women entering entrepreneurship globally. She was a strong supporter of incubators as she said this is Germany’s success story. She talked about women’s habits such as clinginess, taking time to make decisions, unconfident and scared of updating/registering documents.

She encouraged all women to be smart, assertive, always keep their documents updated and file taxes. She said government has many schemes of helping out businesswomen provided they have proper documentation. She said a lot of industries in Pakistan are completely relying on women such as Education. She also encouraged women to borrow from government loan schemes to set up their business. She said everyone has an idea which can be turned into an opportunity. 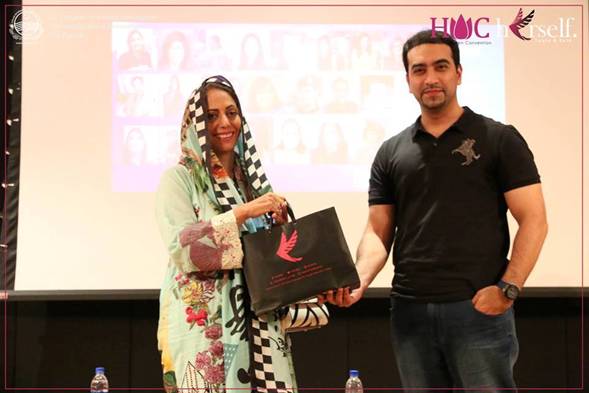 A motivational introductory speech was given by Dr. Umar Saif, Chairman PITB and founder of Plan9. He said when he joined PITB, there were 3 women and now 30% of employees in the organization are females. He said we went out in the market looking for the best. Most turned out to be females. He said 60% of Pakistan’s population consists of females. If we cannot empower women, Pakistan will not progress.

We have to step up to the plate and make it happen.

He talked about PITBs partnership with Facebook to help women generate a livelihood for themselves. 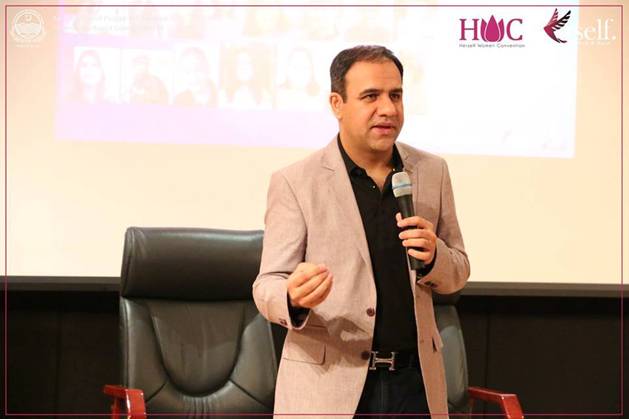 He spoke of Muzammil Arif, a Pakistani who became a millionaire after selling WordPress themes online. He said Pakistan is the 6th largest country in the world and 4th largest English speaking country. We can easily monetize online as it’s really simple. He spoke of e-rozgaar scheme. He said there are a ¼ of a million graduates in Pakistan but only 50000 jobs every year.

So freelancing is the only way forward so our youngsters don’t become a burden on the economy. He said that Pakistan is the third largest country in freelancing today. He encouraged women to get their rightful place in the economy of Pakistan. He said 70% of the non-teaching staff in ITU University is female. Then Co-manager from PITB Mehak Jamal explained a little about the program and the sessions.

Seema Aziz is the founder of top fashion clothing brands in Pakistan (Bareeze, Keyseria, Rangja& Minnie Minors) and Care foundation which has 900 schools in Pakistan. She is a really inspirational yet humble person. The first question that Nabeel asked her was her thoughts on the word failure. She replied that we as a society don’t accept failure as an option. But in reality failure is a learning opportunity as long as we improve. Our attitude to failure is important. If after failing, we blame others, then we are not learning anything. 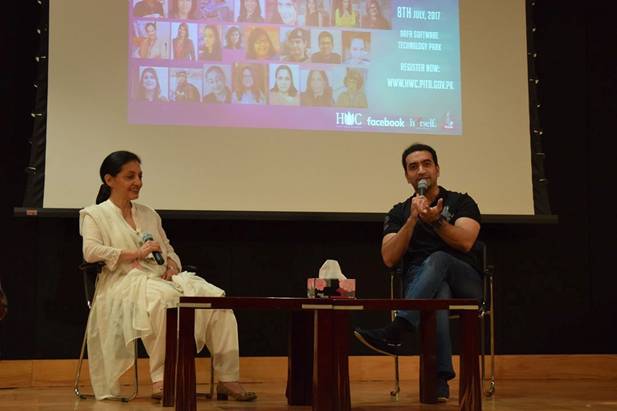 She then spoke about Bareeze brand that its first store was opened in 1985. She said when she started the brand, there was no concept of women in business. Her father worked for an MNC and she came across some fabric which was made in Switzerland and she was blown over by its quality. That’s the day she decided that she’s going to make Swiss quality fabric in Pakistan. She does not believe in importing even the smallest of items from anywhere. She said she proudly put ‘made in Pakistan’ tags on all her fabric. Her motto has been quality equal to the best in the world – made in Pakistan.

Nabeel asked her an important question regarding marketing. We see a lot of her competitor brands making a lot of effort in marketing including billboards and sales. She said she has never been into marketing much. She believes in creating outstanding products which will themselves attract customers. She quoted that Louis Vuitton never had a sale and is such a well-known exclusive brand. She said if you are a quality brand, you should aim to raise desire to pay more. She said marketing can only bring a customer to your store once, but repeated purchases can only be through amazing products. She said products have always been her focus.

Then she spoke about Care schools. In 1988, there was a big flood where many villages were wiped out. She was determined to start a school for kids so they help rebuild themselves after the catastrophe. She admitted that most of the people around her were against her idea but she still went ahead with it.

She laughed and said when people say: ‘You’re mad! You’re crazy’, just go ahead and do it!

In Jan 1991, she opened her first Co-Ed English medium school in an area which was 100% illiterate. The kids had runny noses and wore either pajamas or shirts. At that time her son was in Aitcheson and she introduced that syllabus in these schools. She said today 2,75,000 children are enrolled in Care schools across the country.

According to her, the talent in this country is unbelievable. It has been running on money raised from the people of Pakistan. Unfortunately the government didn’t contribute at all. But they came to her asking how her schools are so successful as government schools aren’t. She said money doesn’t change the lives of people, it’s the effort that does.

She also talked about the fact that women should talk about equality not special treatment. Modernization doesn’t mean losing one’s values. Education is a great equalizer. She said 70% of the strength of medical college’s is female and at least 50% never work. She encouraged women to continue working after marriage and that if you are determined, the society doesn’t stop women from earning. Lastly she shared some facts about women that they are braver, stronger than men and the only species that can multi-task. Men can’t! She got a huge round of applause from the audience.

There were different mini sessions conducted by women working in entrepreneurship department in PITB. This section started off with an inspirational video that every woman has a hidden talent inside. Once you find it, no one can stop you.

She gave examples of different businesses and then moved on to her presentation on Facebook pages and admin tools. She said it’s vital for companies to have a unique attractive logo which should be set up as a profile picture and a very attractive cover photo must be chosen. She explained that profile picture resolution should be 170 x 170 and cover photo resolution must be 820 x 312. In profile photos, one should use a .png file and for cover photo a .jpeg file is fine. This was a Facebook beginner course which was on page setup, admin tools, insights, call to action button and how to create a post. She said you only have only 3 seconds to grab someone’s attention on Facebook. People scroll down on their home screens very quickly and their attention span is very low.

Difference between content on Facebook and Instagram was discussed. Facebook focuses both on text and pictures so preferably a dull background in pictures should be selected. This is so text isn’t over powered by the picture. In Instagram, focus is on pictures so best quality and very attractive ones must be chosen for it. Your goals and your audience must be aligned. Define your audience and choose a language or mood with respect to that.

If you reach is high but engagement is low, means something is wrong with the post. 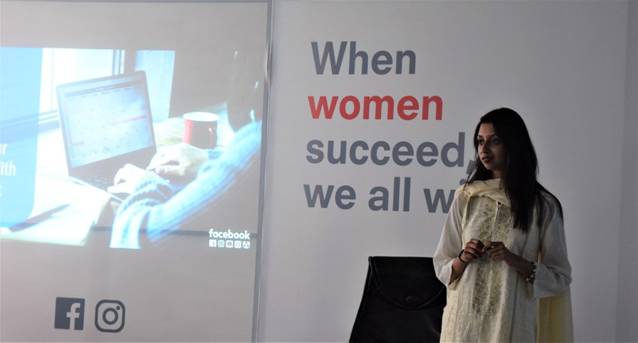 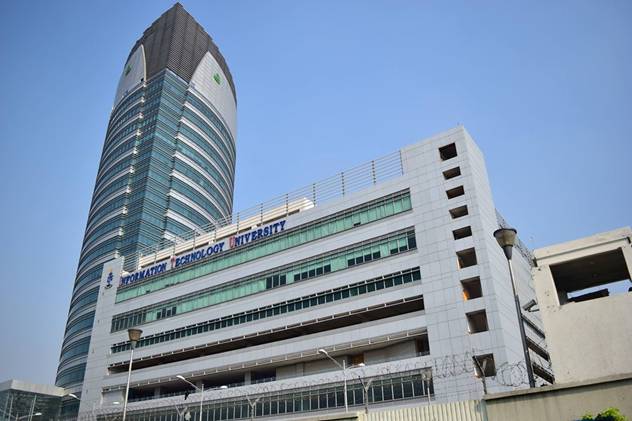 Another interesting session started when Ms. Sadaf from Circle and Kashf along with about 10 other successful women entrepreneurs took the stage. Ms. Sadaf had resigned from World Bank and decided to set up her own business. She said that a study was conducted by Harvard business school in which a profile was shared with a number of people which was ambitious, demanding, go-getter and argumentative. When the profile named Ben was shared, he was voted as someone they want to be promoted and they would want to work with him. But when the profile’s name was changed to Sarah, the general opinion was that they don’t want to work with such a girl.

So she said the world is biased when it comes to women in the workforce. The According to the ‘Lean in movement’, stop calling girls bossy and encourage girls with a voice. Different women on the panel agreed with the idea of our society being biased and gave a few personal examples of how it starts in their houses where sons are allowed to do what daughters are not. 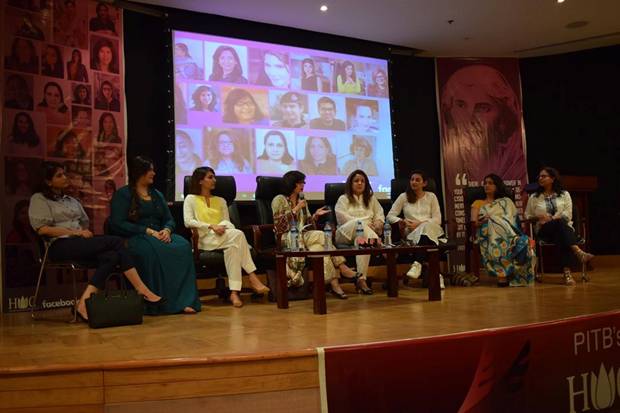 A panelist Sidra Qasim is the owner of Markhor, a designer shoe company which delivers products all over the world. She belonged to Okara and was from a family that discouraged women entrepreneurs. Each of the women had an inspirational story behind their amazing journey. The panelists strongly encouraged women to be strong and become leaders and entrepreneurs. There was a debate on how women are actually stronger mentally and even physically than men in many aspects and that we should not underestimate our power and step up to the challenges.

It was agreed that in the early times, the term leadership was associated with masculine traits such as authoritative and egocentric. According to latest research, leaders with feminine traits are considered better. These traits include nurturer, collaborative, empathy and compassion 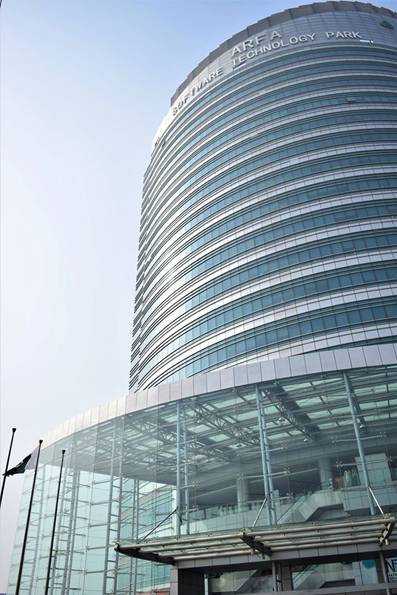 Overall the event was a great initiative by the women of entrepreneurship wing of PITB. It was very inspirational for us women to see so many entrepreneurs and businesswomen doing so well in our society. It gives us hope for a better future and encouragement for us to contribute more to our society. Through events like these PITB plans to support and celebrate the women of Pakistan and also bring to light their struggles and achievements.