Social media is a great tool to raise your voice and address people’s concerns. One fine example is from Pakistan. Yes, Pakistan — A Government official has become a social media celebrity by staying active on Twitter and addressing the problems of the people in Islamabad.

A son of a police officer, Hamza Shafqaat got 38th position in the Central Superior Services exam in 2005. Posted as Deputy Commissioner (DC) in Islamabad, Pakistan in July 2018, Hamza is in social media news because of his active social media presence. 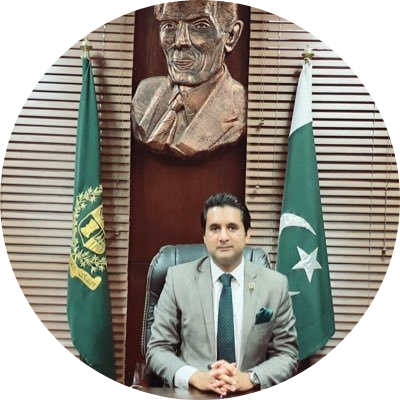 Commonly known as DC Sahab, Hamza realized the importance of using social media for projecting his pro-activeness in order to get the tasks done in the city.

On the eve of good governance and increasing work efficiency and to address problems including law and order, Hamza created an official Twitter account for DC Islamabad and also a personal account. With an action-packed average day in office, he and his team are able to address all the concerns of the citizens of Islamabad as people post on Twitter and TAG him.

When he assumed office in 2018, he created an official Twitter account of DC Islamabad with a motive to transfer this handle to his successor in the future. His personal Twitter Account is also as active as an official account. People tag him to draw his attention to important issues in the city and he acknowledges by retweeting and posting “Noted”.

Hamza’s use of technology has not only super paced the daily office proceedings but also sets a precedence for every Government official all over the world to follow this trend. This will not only ensure transparency in the job but also speed up day-to-day progress.

When asked why he thought about using Twitter for solving people’s problems. Hamza in an interview with BeingGuru said:

We have addressed over 40,000 online complaints whose record is also present on Prime Minister Portal. I believe in addressing people’s problems while they do not have to leave their homes through technology. This is what good Governance is, solving problems instantly using robust technology.

Alongside handling his city problems on Twitter, Hamza has won the hearts of a lot of followers who admire him for his services to the nation.