HANGZHOU: A tearful Jack Ma finally bid farewell to Alibaba this Tuesday after announcing it last week. He appeared in a pop-star attire, donning a guitar and a rock star wig at an event for thousands of employees. Jack Ma founded Alibaba 20 years ago in a small shared apartment in the same city (Hangzhou) in eastern China.

It was a four-hour celebration in an 80,000-capacity stadium, all filled to capacity. Alibaba’s billionaire executive chairperson hand over the company reins to CEO Daniel Zhang.

Costumed performers, dancing to music and dressed in traditional Chinese dresses, singers paid tribute to Jack Ma’s services to Alibaba. Jack who loves being noticed, has already featured in a movie also surprisingly appeared in a rock star attire with a guitar in hands.

“After tonight I will start a new life. I do believe the world is good, there are so many opportunities, and I love excitement so much, which is why I will retire early,” Ma told guests and employees.

Ma’s retirement comes as Alibaba has grown to become Asia’s most valuable listed company. With a market capitalization of $460 billion, the company employs over 100,000 people. Alibaba has expanded its services into many new domains such as financial services, cloud computing and artificial intelligence. 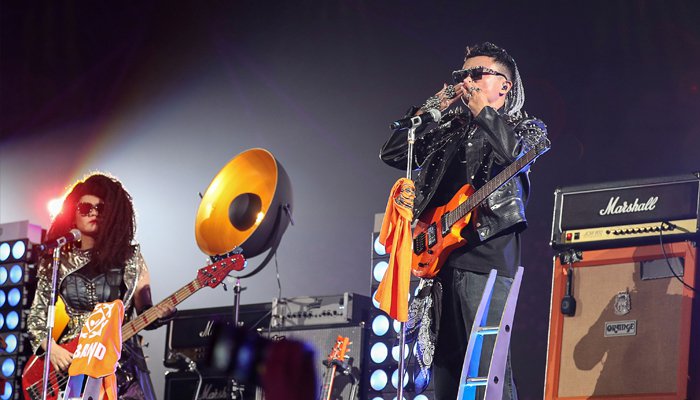 Jack Ma, the chairperson of Alibaba group, sings a song during an event to mark the 20th anniversary of Alibaba in Hangzhou in Zhejiang, China, September 10, 2019. AFP/STR

Ma also told attendees that in the future, he hopes to see Alibaba shoulder more responsibility to improve society amid the challenges brought by technologies like big data and 5G.