“In these conditions, we cannot authorize the development of Libra on European soil,” Le Maire, French Finance Minister said at the opening of an OECD conference on virtual, crypto currencies. 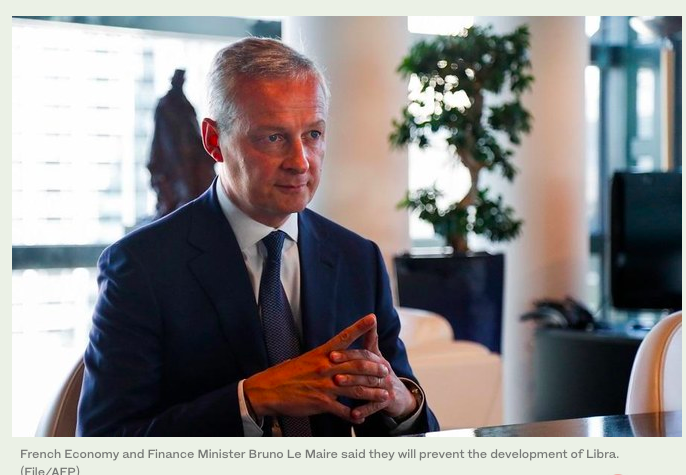 Earlier this year, Facebook unveiled plans for a new global cryptocurrency called Libra. Facebook pledged to introduce a stable, reliable virtual money based on blockchain technology to bring billions of people into the financial system.

The Libra coin is backed by independent financial and nonprofit partners with an aim to highlight the potential of crypto-money by introducing it to the world and also make it a mainstream financial system.

The nonprofit Libra Association is based in Geneva that will oversee the blockchain-based coin. The company works independent of Facebook and it is also reported that Facebook would not be able to influence any decision made by the nonprofit association.

The currency will also maintain a real-world asset reserve. This will be done in order to keep the currency value stable.

Facebook’s Libra will allow people all over the world to access online commerce and financial services at very low cost.

“We believe if you give people access to money and opportunity at the lowest cost, the way the internet itself did in the past with information, you can create a lot more stability than we have had up until now,” Disparte told AFP.