Right now if you Google the word “idiot” under images, you will the photograph of the U.S. president Donald Trump. How does that happen and how does the search work that the photo appears? This is the question that was asked by the Rep. Zoe Lofgren (D-CA) when he was testifying before the House Judiciary Committee

Zoe Lofgren tried to refute the idea that the search engine is politically manipulating the search results. For this purpose, Sundar Pichai, the CEO of Google, had to provide a long but general explanation of how the system actually works.

He explained that when a keyword is typed on Google, there are stored copies of billions of websites pages in its index. The keyword is taken and matched against their pages and is ranked based on over 200 signals. It takes into account things such as relevance, popularity, freshness, and how it is being used by the audience.

Based on that, the search engine tries to find the best search results for the query that has been asked. It is then evaluated with external raters which evaluated on the objective guidelines. This is how the process of searching actually works. 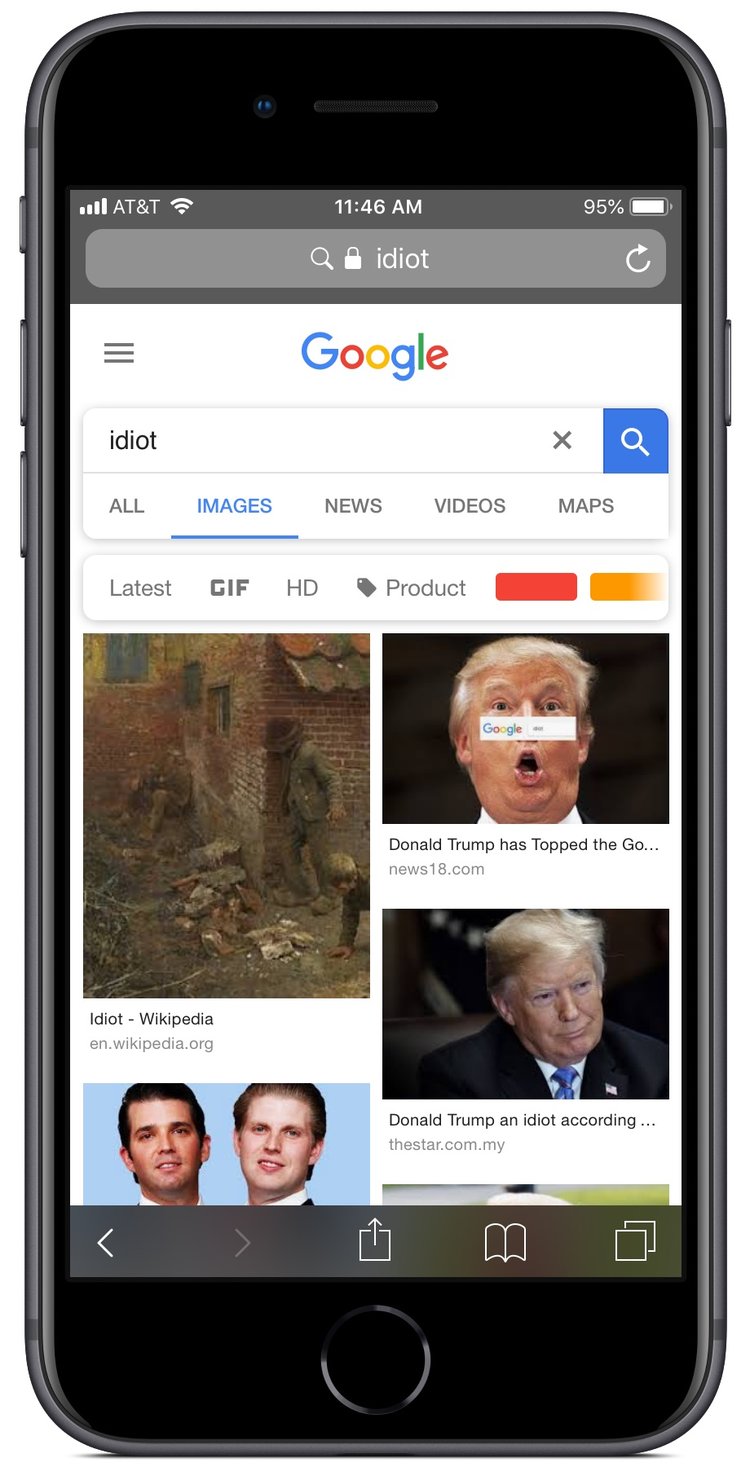 On getting the explanation, Lofgren asked sarcastically that it means that there is no little man sitting behind the curtain thinking what to actual show when a user places a query. The CEO replied that this is working at a larger scale and the system is not manually intervened on any specific search results.

This news was reported earlier this year. But if you search for the word idiot now, you will mostly get photos from stories explaining why it happened and explains well that it is a result of an outside party gaming known as Google bombing.

But, Trump isn’t the first president to get Google Bombed because in the mid-2000s, searches for miserable failure turned results of President George W. Bush. Therefore, it can just be a politicized extension of the normal search engine optimization tactics.

Lofgren’s question has not been asked a once, it came long after the sketchy grilling from Rep. Lamar Smith who claimed to have irrefutable evidence of the search engine suppressing the search results. An actual research project was also included from the Google critic Robert Epstein who is the author of a controversial study related to whether Google’s results are politically slanted.

Pichai has explained that the company approaches work without any political bias and build its products in a neutral manner. But the supporters of President Trump claim that Google and other internet platforms are suppressing the conservative voices, despite persistent denials from the companies.