With so many qualified adults scrambling for work in the job market, teens are mostly pushed down when it comes to getting employed. But over the years, the teenage economy is certainly something to watch for. The teenage participation rate has picked up over the past years and teens are found mostly working along with continuing with their job. Teenagers are more concerned about improving their job skills in order to keep up the pace of job growth

Teenagers in US are all the same concerned about getting a job in order to pay for their college expenses and whatever they want to spend their money on. Teen jobs traditionally pay around minimum wages which include jobs of babysitting, dog walker, plant sitter, House sitter, T-shirt designer, dishwasher, woodworker etc. These are the jobs that usually do not pay more and teens have to struggle hard in order to cope with their daily expenses.

Allie Madison’s is just another American who struggled as a teenager. She worked as a lifeguard in her hometown, in summers before her college. She worked for a little amount of money as a lifeguard and remained in search of jobs that could pay her more and she could enjoy while working.

One day, when she was searching for different job options on Google, she came across job marketplace Fiverr. She found it a good place for people to sell their skills and talents without wandering door to door and asking if there is any work. 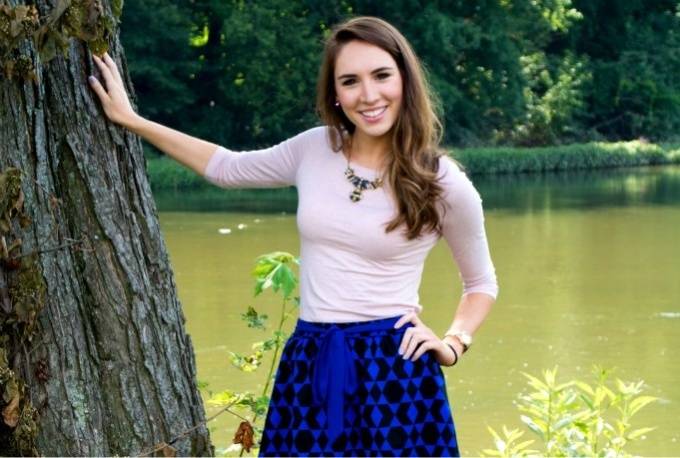 While searching for something unique, she saw a job posting by a client who was asking for a video of the employer’s own interest and was willing to pay for it. It seemed fascinating to Madison to make a movie about things that interested her the most so, she filmed a video and sent it to the client.

To her surprise, she looked at the reward which was same as she was working her whole day as a life guard. For $5, it was not much of a bargain. She realized that she could earn the same amount as her previous job, so she switched to making videos from performing duties of a lifeguard.

Madison has been working since then and now at the age of 22, she has expanded her business into professional video making at the studios, it all started with $5 gig on Fiverr and now she has 8172 reviews on her profile (at the time of writing this article).

She still gets most of her orders from Fiverr but her hard work has paid off in the form of establishing a marketing agency just on her own. She works and manages all the work by herself and enjoys what she does.

Here is insight of her years of working and how she reached her level of success.

She worked on 10 projects a day:

She spent a lot of time working; she still has a routine of completing 10 jobs a day. All this much work is enough to keep her busy all day.

She stresses on time management:

A clock works the same way for everyone, same amount of hours every day. But it depends on the person how he/she manages every second. According to Madison, it takes around one hour to respond to her messages in the morning and then she proceeds with her content writing for daily videos. She then practices for everything and heads to the studio for her routine work.

She keeps a track of everything she does and knows her work life balance. After completing her work on filming the videos, she heads home straight. She does all the editing at home and writes content for the next videos.

She is always accessible:

She responds to her messages and requests within an hour and never gets disconnected from her work. She realizes her responsibility for responding to clients on time, which is a good way for her to keep herself busy and make a reputation as an efficient worker. Also for Madison, working on your own comes with an addiction. You always like to be more productive and never let go of an opportunity that is present on your table.

Madison credits online platform such as Fiverr for encouraging her to do all that work. It is a great place where people offer their skills and get hired by the clients. Employers get hired for their talents that may not be much of a preference in the traditional job market. Whereas clients get the same quality work on cheaper rates that might cost them a lot in the traditional markets. According to her, the traditional production agencies offer the same for much higher rates.

Working online is not limited to one’s own skills only, an employee online can hire another person with skills that he/she lacks. Madison herself hires a person to complete those projects for her which she cannot complete herself. She pays the hired worker and gets the projects done.

Another thing that facilitates all the self-employed workers is that the online networking platforms make it very easy to hire talented people for short term projects. Madison herself says that Fiverr makes it possible for her to hire another seller in no time and finish the job.

You can be creative:

Online networking places allow people to be creative; they can do the work that they like instead of working with boring traditional jobs. Madison herself likes to work on some entertaining projects along with continuing her routine work. This is the reason that she keeps on accepting projects that are interesting to do. Such as she made a video for Cook Social, in which she demonstrated everything herself. Another informational exercise video she made was for Foam Rollers on Amazon.

Freedom is the blessing for self-employed people, it is the best feeling when you can control your own working hours and are not answerable to anyone. Madison also realizes this fact and feels really good with her decision of choosing self-employment as her permanent career. She says

“I love the freedom and flexibility, having control over my life is just the best feeling”.

Self-employment allows complete control over the finances, you get rewards for the effort you put in your work. The more you work the more income will land in your own pocket. Working on your own make you more productive because you know you will reap all the benefits of working hard. So you do not hesitate to work longer hours than your traditional job instead you find ways to work more efficiently to stay up-to-date with the market trends. Madison like any other self-employed individual understands this fact and therefore admits by saying,

“One thing I love about being self-employed, I have full control over my own income so if I put in the work, I get to reap the benefits”.

The rat race for self-employed individuals is faster and much challenging. It might be more rewarding than the traditional work, but it’s certainly not at all rosy. When you have your time, passion, creativity, and money invested in your own business, you feel the pressure on your nerves.

Madison also revealed that by saying that she feels stressed out when she sees people waiting for her to get the orders delivered. Completing everything on time and sending it to the clients is a hectic work. Although she loves her work but she sometimes never gets the time even to scratch her head.

Working on your own is never ending. You always have something on your plate and needs attention. Madison say’

“I can never fully go on a vacation”.

Being owner of your own business is a difficult balance to strike. Even when you are done with your projects of the day, you spend time on searching for new markets, writing press releases, contacting new media, developing new products and the lists goes on.

It becomes really frustrating when you do not get the work done as you want. It sometimes happens that you are not able to deliver project on time due to an emergency. These are the most frustrating moments when the entire burden falls on your shoulders.

But it’s a chance to create something on your own:

The kind of fulfillment that you achieve in self-employment cannot be attained in any other career. Creating something with nothing in your hand is an absolute feeling of contentment, especially when it grows and develops through the years. You take care of everything and raise it as you raise your own child. And when you nurture it to a level of success that is the point where you feel all your efforts have paid off. For Madison, the demand for her business is increasing with the passage of time. The quality of her work has landed her on Fiverr’s ‘Featured Gigs” page which is just a start of her successful journey. Starting with as low as $5, Madison has proved that if you have the skills you can make your dream come true. You just need to be patient, hardworking, and passionate to continue with the path that will definitely lead you to success.