According to their website, in a news update FAA has stated; 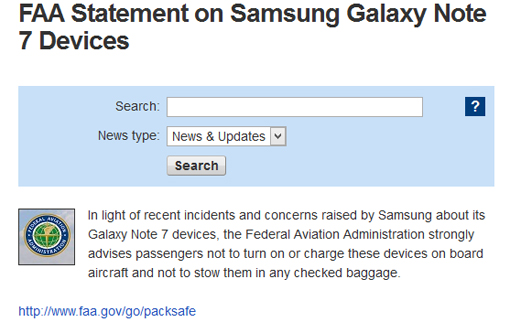 Three Australian Airlines, Qantas, Jetstar and Virgin and have also banned passengers from using or charging Galaxy Note 7 on flights after news of battery fire.

Australia says they have not banned the phone from using on flights on instructions of Aviation authorities but more so as a precautionary measure after Samsung has announced to recall the Galaxy Note 7 from the world.

Samsung has already sold over 2.5 million of Galaxy Note 7 worldwide and it is estimated that phone recall would cost over one billion dollars. Since September 1st, 35 cases have been reported globally.

Here is an official statement on Samsung website http://www.samsung.com/pk/galaxynote7-notice/