Payoneer is one of the world’s famous payment platforms that facilitates thousands of organizations and millions of professionals in more than 200 countries. Payoneer facilitates billions of dollars in transactions each year all over the world.

Recently, the company launched the Global Gig-Economy Index. The report highlights the Q2 report of different freelancing economies. The report is based on the data of more than 30,000 freelancers and looks into the gig economy, provides detailed stats, broken down by geography and demographic trends.

The Q2 report on the Global Gig-Economy Index for 2019 showcases growth in the overall industry.

According to the report, Pakistan is the top-ranked Asian country. The country is ranked at 4th position in the list of the highest growth in yearly revenue. The US, UK and Brazil are the top 3 countries. India comes at number 7, followed by Bangladesh at number 8.

Here are the other countries in the top 10 list. 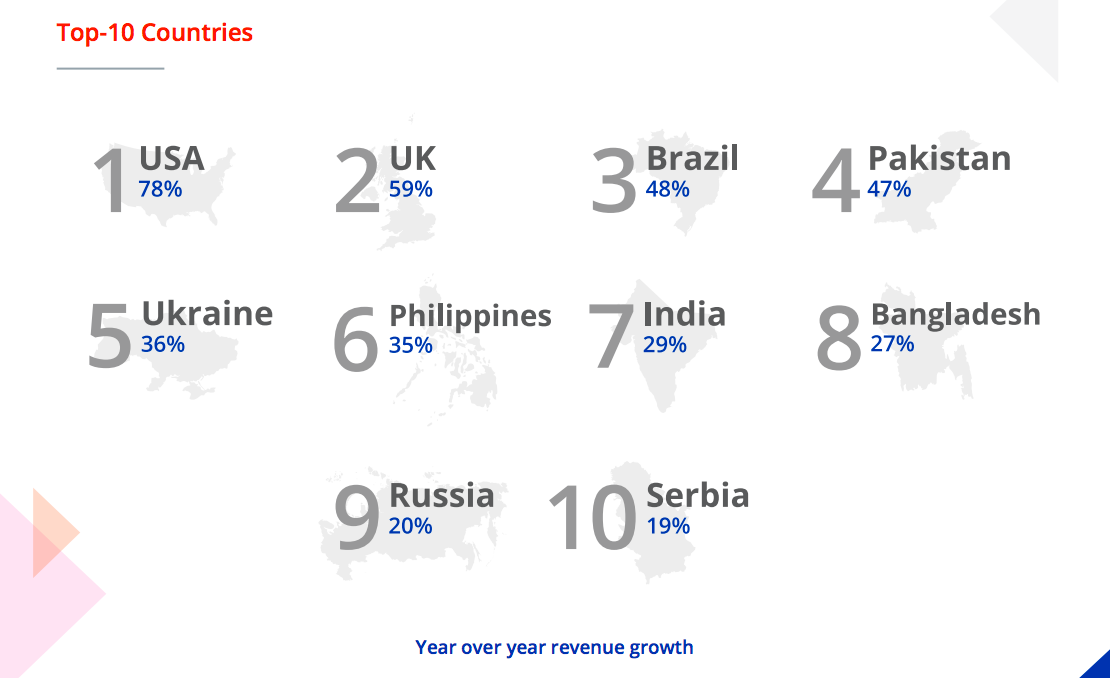 The report also looks at the demographics of the country. In Pakistan. 77% of freelancers fall under the age of 35.

A young population, 70% under the age of 30 results in a 42% increase in Pakistani freelancers since Q2 2018. One of the reason is Digiskills, a Government program to teach freelancing to all Pakistani living within the country and abroad. 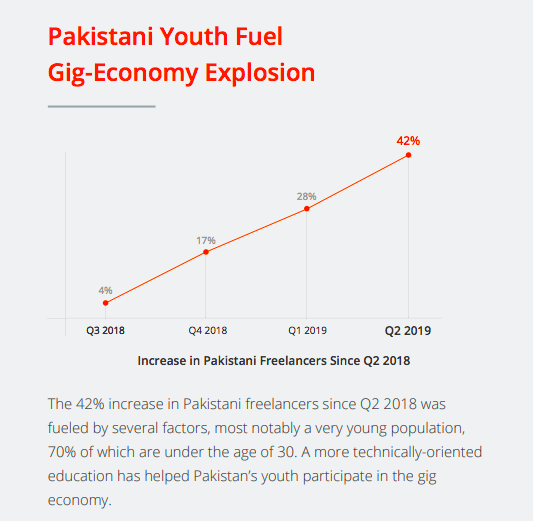 “Pakistan is ranked amongst the top 5 countries for freelancers. Payoneer has been the first choice for freelancers in Pakistan to withdraw their hard earned money and we want to build meaningful communities across platforms to help fuel further growth of the market. Payoneer is also investing and helping build and further strengthen the ecosystem.”