We have numerous iPhone 8 leaked photos in last few months but this one is probably the most closest, final shape and we can assure you, it is gorgeous.

This is taking it to the next level. Marques Brownlee, in his YouTube channel gets his hands on to the iPhone 8 leaked prototype and explains what we should be expecting from the 10th anniversary model. We now know almost everything that we need to know about the incoming flagship.

The latest prototype and leaked photos is something what case manufactures might get their hands on to start designing their iPhone eight cases and accessories. The first thing you notice of course is the display which has some really awesome edge to edge action but also has an interesting top sensor protrusion coming down from the very top that catches the eye. 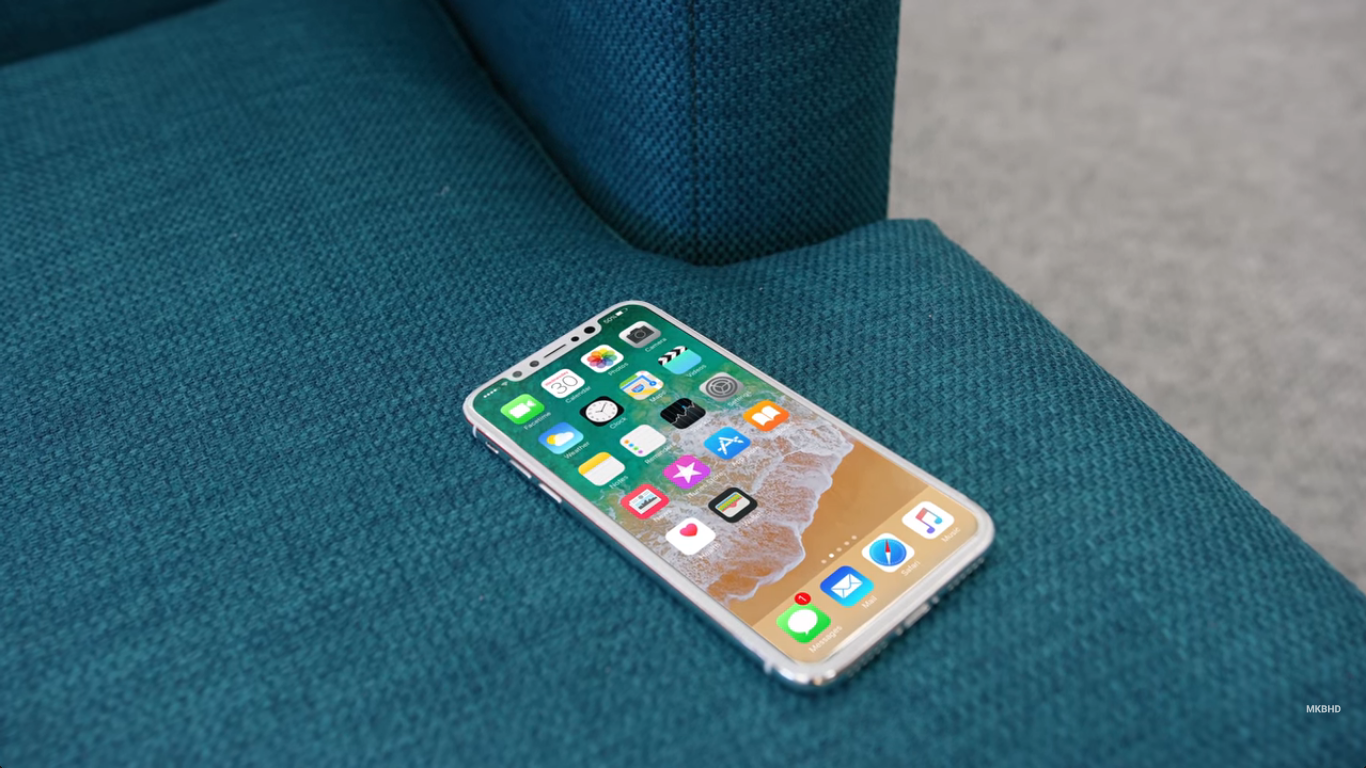 iPhone 8 has this indentation at the top for these front facing sensors. It looks a little weird in the images but seeing in real life, it is actually good and feels good in hands. It seems that the biggest question here is, what does apple plan to do with the software (iOS) with this new iPhone 8 to cover up the top space. We wonder if they will put something in the top corners on both sides, maybe battery tilt to one side and the signal strength to the other side as suggested in this twitter image post below.

Obviously the bigger story with this model is literally the screen to body ratio that has always been a weakness of iPhones in the past. The iPhone 8 model measures up to be a five point seven to five point eight inch diagonal but in a smaller body making it pocket friendly and easy to hold.

The new iPhone 8 has sensors on the top which probably will be used to unlock the phone with facial recognition. Also the phone is being introduced with classic glass body, something previous versions lacked badly. 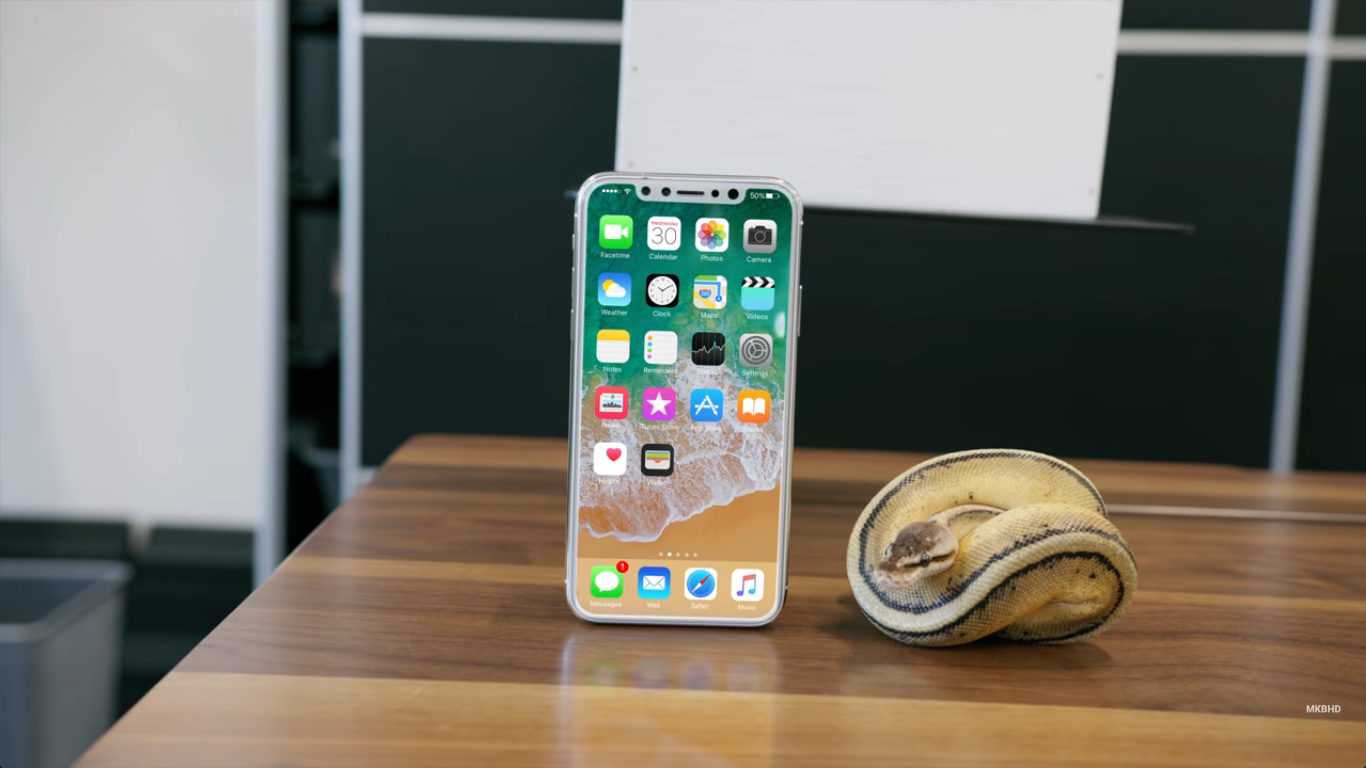 iOS 11 (or the next iPhone) will have something called SmartCam. It will tune camera settings based on the scene it detects pic.twitter.com/7duyvh5Ecj