Last year in December, Elon Musk said, he is creating a Neuralink product that can make anyone superhuman by connecting their brains to a computer. Well, he was actually serious. SpaceX founder is working on a Neuralink and according to the initial reports, the testing has already begun.

According to Business Insider, Elon Musk says; he has tested his brain microchip on monkeys and it enabled one to control a computer with its mind.

Neuralink was founded in 2016 to implant a microchip in people’s brain in order to make them superhumans. Elon Musk surprised people during a Q&A session at a live presentation on Tuesday saying; the firm has already tested its technology on Monkeys and it was a success.

The Neuralink President Max Hodak said the company did not wish to experiment on the animals but it was a necessary step in the process.

The company’s ambition is to create a state of the art, super-intelligent chip that is capable of being implanted in the human brain. The chip will receive and transmit signals to the brain.

The primary objective is to achieve superintelligence but the company also aims to treat brain disorders such as Alzheimer’s and Parkinson’s diseases. 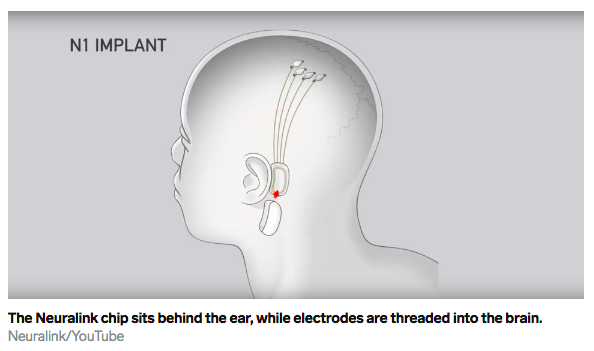 Answering to a question about test conducted on any animal, Must replied that the company had carried out tests on rats and monkeys. He also explained that the work on monkeys had been done in collaboration with the University of California.

“The results have been very positive,” Musk.

“A monkey has been able to control a computer with its brain, just FYI.” Musk.

Musk, however, did not explain how exactly money controlled the computer.