It is no doubt that Steve Jobs and Bill Gates friendship is the stuff of tech lore but what most people forget the most poignant moment of the fraught relationship that happened to years ago. Apple, at the brink of its bankruptcy in 1997, was saved by Microsoft when Gates stepped in.

Microsoft agreed to make a $15 million investment in Apple and Steve Jobs thanked Bill Gates for his act. His quote was memorialized on the cover of Time Magazine.

It recently resurfaced by the Code Academy on the online coding school’s Twitter feed and shocked the tech and business communities.

Because of the iPhone, Apple has gained immense success in the past decade and sold more than billion since the first model was revealed in 2007 by Steve Jobs. But what most people may not be aware is that a decade before reaching that success, Apple wet through the brink of bankruptcy until it stick a deal with its enemy.

After being ousted by the company he co-founded, Steve Jobs made a shocking announcement in August 1997 which was described as a remarkable feat of negotiating legerdemain. Through the deal, Steve Jobs secured a $15 million investment with the Microsoft. It also got an assurance from Gates that the company would support its office products for the Mac for five years. 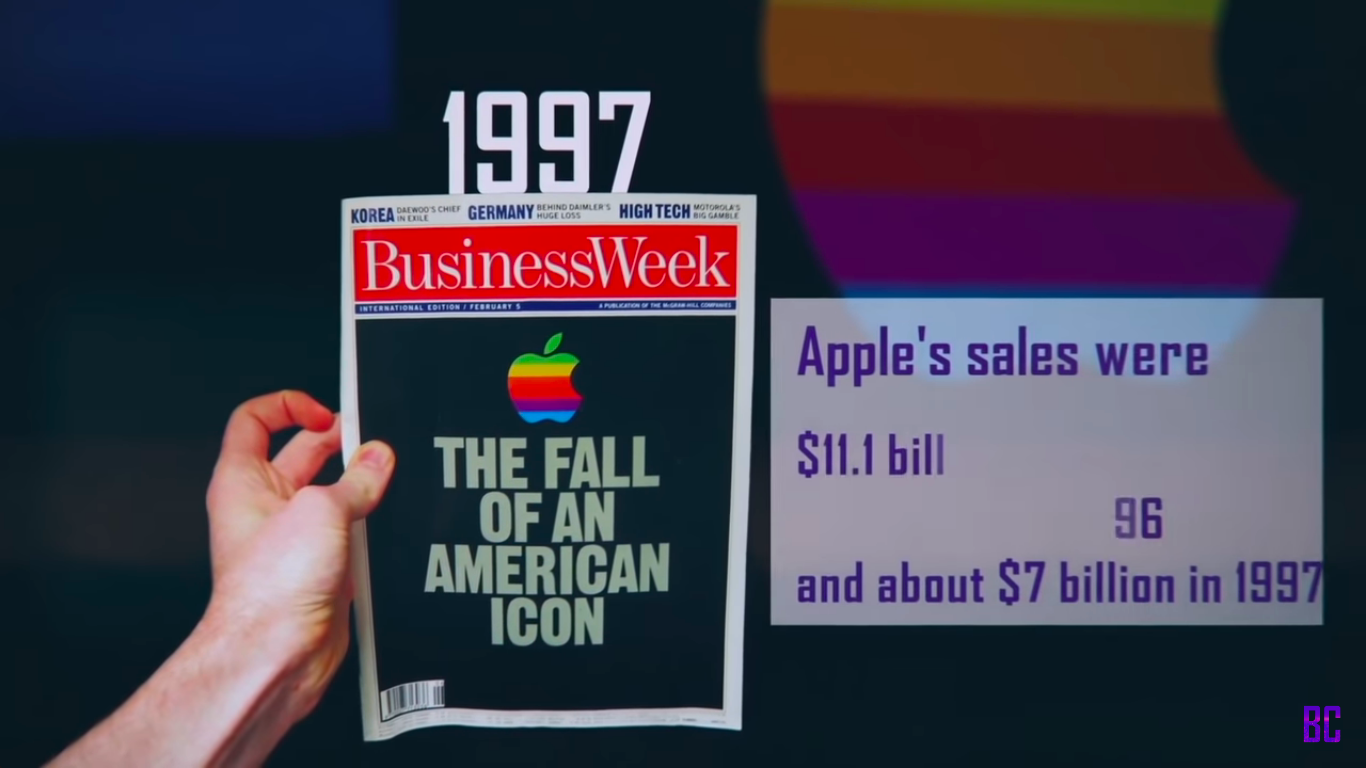 The company acquired the cash which was much needed at that time and the assurance of support of the products proved crucial because Microsoft Office software was so heavily relied upon by professionals at that time.

As there was a famous rivalry between Steve Jobs and Bill Gates, there was a plenty of boos and jeering by the diehard Apple crowd when the announcement was made. Steve Jobs cleared up by saying that if the company wants to move forward to see Apple prospering again, everyone will have to let go of the past.

Microsoft became part of the game and as part of the deal, Apple agreed to drop the lawsuit which has long been running between both companies. In it, Apple alleged the Microsoft for copying the look and feel of the Mac OS for Windows and to make Internet explorer by Microsoft as the default browser. Jobs thanked Gates in a quite that was later immortalized on the cover of Time Magazine as Bill, thank you. The world is a better place. It is this time, since Apple has gained success onwards.

The two companies reached a patent cross license for existing patents and the patents issued within the next five years. Also, a five year commitment was made by Microsoft to release Microsoft office on Mackintosh. Apple collaborated with Microsoft on Java to ensure compatibility between the virtual machines. Lastly, Microsoft made an investment in Apple is which it bought $150 million worth of Apple stock at market price and agreed not to sell them for three years.

Today, Apple has become stronger in its position to control the hardware and software in its mobile devices. It also has the grip on the content that is created for users that is required to go through the App Store. For creating an augmented-reality experience, a kit for developers has also been released by Apple on iPhones and iPads. This made the iOS the biggest AR platform in today’s world. Apple has placed a strong focus on the artificial intelligence and is investing heavily in augmented reality.

So many innovations are in the pipeline at Apple by the CEO of the company i.e. Tim Cook and the Virtual assistant is being built into a growing number of Apple’s devices. Today. Apple’s market cap is $746b at the time of writing this article making it one of the biggest company in the world.

The story first appeared on News.com.au