Famous rapper 50 Cent in the year 2014 let people buy his album Animal Ambition using a new cryptocurrency called Bitcoin that was not relatively popular those days. He forgot about the transactions and did not use his account for years only to find out recently that he is now a Bitcoin Millionaire. First reported by TMZ, this is by far the most amazing story related to Bitcoin beneficiary in 2018.

In 2014, the Bitcoin price was only $662 and 50 Cent fans could buy an album for a fraction of that. He made over $400,000 in price and did not use his account for years. His Bitcoin earning is now worth $8 million and will grow as the price of Bitcoin grows. 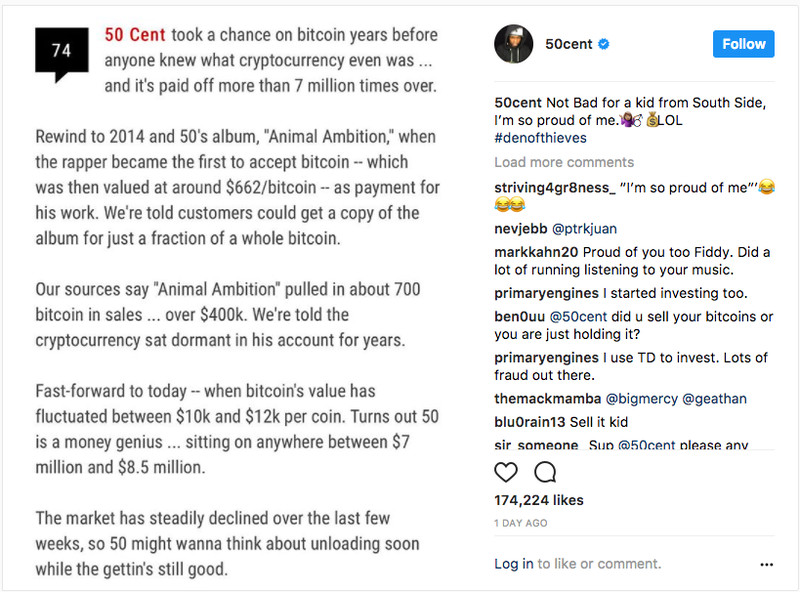 A little bitcoin anyone? LOL. l know l make you sick but excuse me…I’m getting to the bag 💰#denofthievespic.twitter.com/DCJu2thDr9