However, Apple iPhone 7 has shipped 16.9 million units and captured 5% marketshare worldwide in Q2 2017 making it the world’s most popular smartphone model overall so far in 2017. iPhone 7 success is largely attributed to its camera uniqueness, user-friendly design, nice supporting apps.

Apple iPhone 7 Plus shipped around 15.1 million units for second place and 4 % marketshare worldwide in Quarter 2, 2017. Apple today accounts for two of the world’s top five smartphone models. The others are Samsung Galaxy S8 and S8+ and Xiaomi Redmi 4A that shipped 5.5 million units and stands in the fifth place with 2 % marketshare worldwide in Q2 2017. 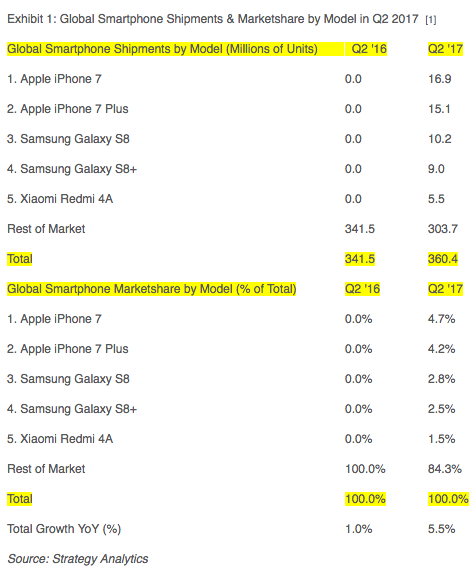