With the approaching Mobile World Congress, the news regarding the release of Galaxy S8 handset is starting to gain momentum. A leaked photo of the handset obtained by GSMARENA shows the upcoming Galaxy S8. Considering the previous speculations, the phone appears to lack the home button and has a curved screen with a very small bezel. But what is most interesting is the apparent lack of on-screen keys on the device.

Presently, the handsets that are available by Samsung allow the capacitive keys to remain concealed when the screen is active. This means that it is not necessary that any keys are missing. Keys can be on both sides of the Samsung logo that were not lit up at the time the phone’s image was captured. But it can also happen that Samsung may have decided upon giving up the keys in favor of new gesture functionalities for options such as ‘Back’ and ‘App Switching’.

Reports state that the testing of this handset by the company has already started in China. But regarding the image of the phone, there are various inklings that designate that this photo is bogus. The early rumors of the phone gave the impression that Samsung would ditch the headphone jack for S8. But the disclosed image shows that the phone resembles a standard audio port in the bottom left corner of the phone. 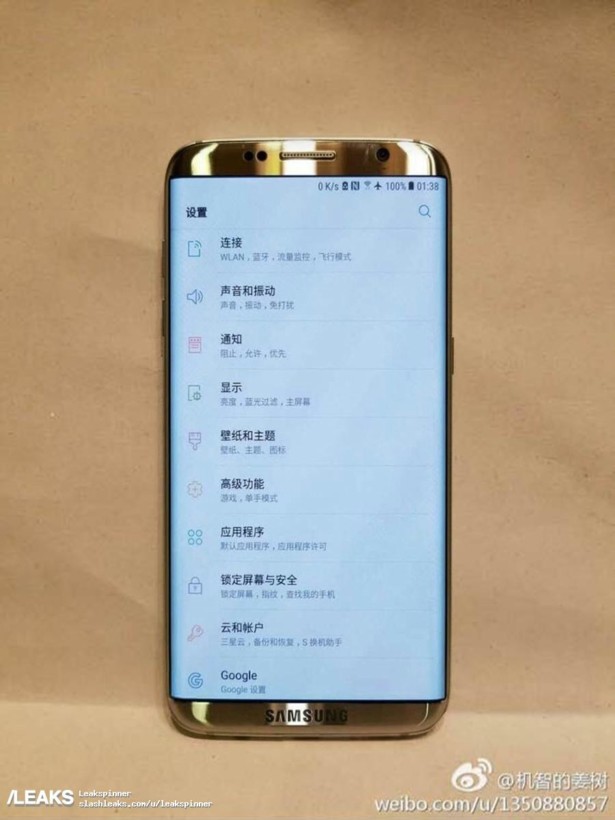 The authenticity of the photo is still ambiguous and it happens in almost all leaked cases. Because of the striking resemblance with the previous models, it is also a possibility that the leaked image is just a mockup of the photo shopped Galaxy S7.

Regardless of the rumors about the upcoming flagship handset, Samsung has decided to schedule the debut of Galaxy S8 later in February at MWC.