On Wednesday, Samsung has shown a public prototype of its foldable smartphone during the company’s annual developer conference that was held in San Francisco, California. The vice president and the general manager Justin Denison revealed the long-term anticipated foldable smartphone which has an Infinity Flex Display. 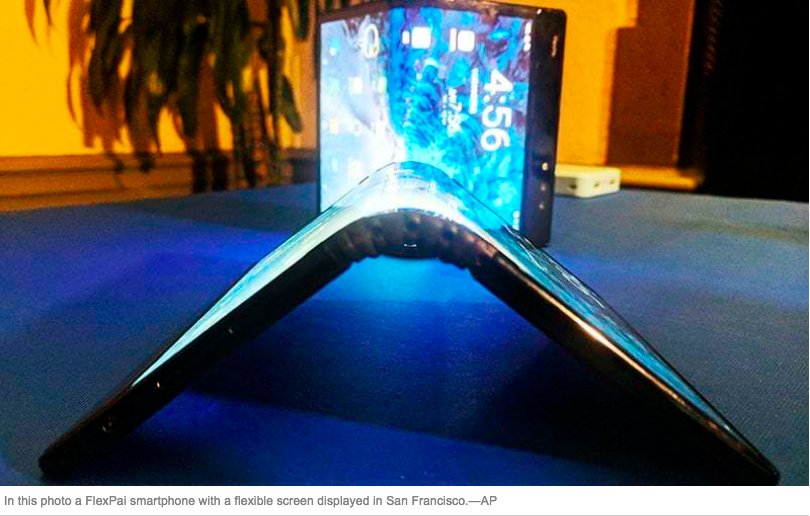 Although the device has not been named yet but it does show a 7.3-inch flexible AMOLED screen that gets completely unfolded. The screen has been called as the Infinity Flex Display because it folds just like a notebook. The device when gets closed can be used just like a smartphone.

A lot of details have not been revealed by the company but according to the senior vice president of the product marketing, the newly introduced device has laid the foundation of the smartphone tomorrow.

The screen is something that is the most important for Samsung and it has to say a lot about it. An advanced polymer has been used in the screen that is flexible as well as tough. The company has made the screen thinner to make it foldable and this has not been attempted before. It has been done by reducing the thickness of the display’s polarizer that is 45 per cent thinner. Because of this a device has been designed that can be folded and unfolded many times without damaging the screen quality.

Three apps can work at the same time:

Although much has been revealed but Samsung has not answered why exactly it has been used instead of a less expensive and more conventional device. But the phone will specialize in multitasking and users will be able to run three apps at the same time. They won’t need to close one app to open the other one. This is the feature that is known as the Multiactive Window. Users will be able to launch and use apps while using the cover display phone. Once the user unfolds the display, the apps being used will be displayed on the larger screen.

The feature will be supported by Android:

According to Google the company plans to officially support the foldable phone. It will have a special version of its mobile tailored for devices that have flexible screens. Also, an emulator is being distributed to the app makers by Samsung in order to enable them to test their apps on the new device.

It seems that there is still a lot of work that is needed to be done on the device and the company will start the mass production on the new device in the coming months. But no exact timeline has been given nor any guesses for the device’s price.