Cryptocurrencies are gaining massive popularity worldwide and that is encouraging many mining websites to comeup with new tricks up their sleeves to mine digital currency online such as Bitcoin etc. Cryptojacking is the new term that uses your CPU machine to mine the digital currency. Miners simply include a javascript code and when you visit their web page, your CPU is used for mining. It is recently learned that hackers have been using Google’s YouTube ads to push forward their agenda of mining and make money as you watch a video. This was being done by inserting the script into Youtube ads. 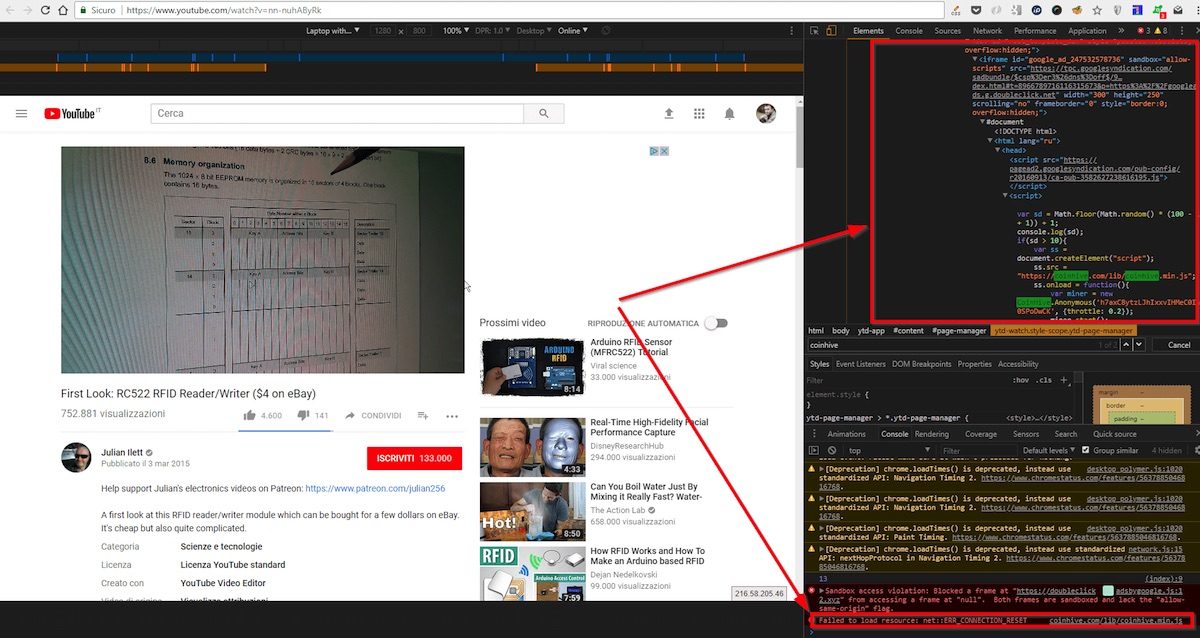 Ars Technica un surfaced this un-ethical attempt by Youtube advertisers. A script from a service called CoinHive clashed with the antivirus software of the users who brought this issue into limelight. Also it was reported that CPU fan was turned on when watching the video hinting on something unusual on the world’s largest video website. It seems like in order to run the script, antivirus was first shutdown by the script.

Trend Micro, one of the world’s leading blog reported that this started in January and Google was aware of the issue as a representative says:

Mining cryptocurrency through ads is a relatively new form of abuse that violates our policies and one that we’ve been monitoring actively. We enforce our policies through a multi-layered detection system across our platforms which we update as new threats emerge. In this case, the ads were blocked in less than two hours and the malicious actors were quickly removed from our platforms.

Have you experienced such unusual activity where your antivirus was shutdown for no reason and CPU fan activated all of a sudden while watching a video on YouTube?