The Boxing hero Amir Khan visited Thar on Thursday and inaugurated water and power facility. Thar is a region which faces droughts once or twice in a ten year span because of lack of rain and extreme climate conditions.

Mr. Khan is determined to provide clean drinking water to every place in the area and wishes to fund a health care facility.

The drought this year has claimed the lives of at-least 433 children already, Khan has also appealed to the international bodies to provide relief to the people of Thar.

Khan was accompanied by his wife Faryal Makhdoom who was given a warm welcome by the people of Thar and is helping her husband in running Amir Khan Foundation.

On his official Facebook page, Mr Khan posted the following.

Mr Khan also praised the help of Government and COAS in his posts on his official Facebook page. 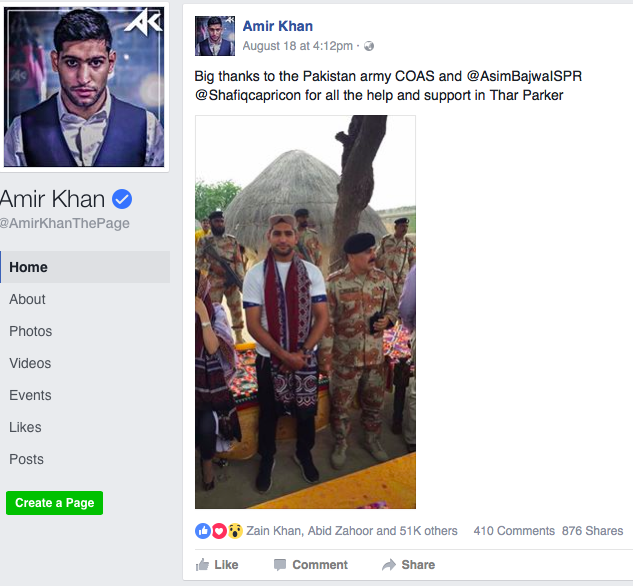 All details of the visit are in Amir Khan’s Official Facebook page.