The second thing I did early in the morning was to go to Mark Zuckerberg’s profile and see his followers. Mark Zuckerberg’s Facebook followers suddenly decreased from 40 million to Under 10,000. When I saw that his followers have decreased to under 10,000 too, I knew this was a bug. A bug that would become a major part of social media news all day because it has also affected every FB profile all over the world. 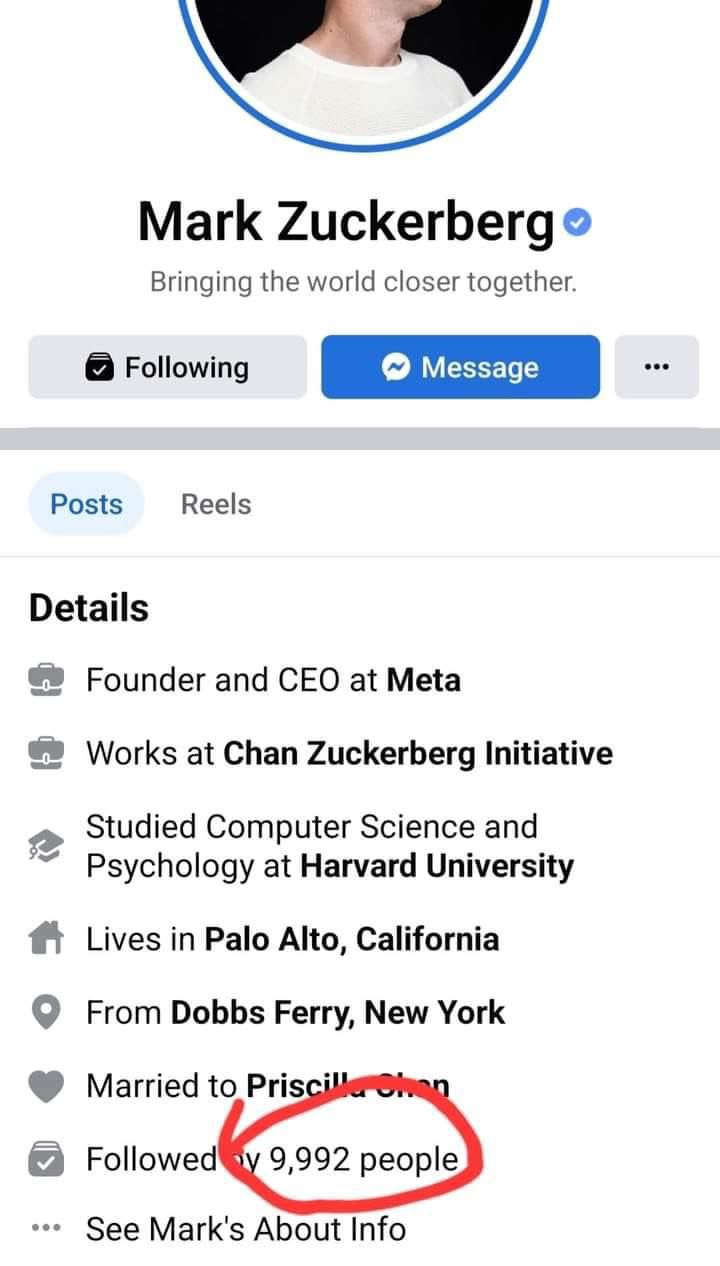 On Wednesday, 12th October, the morning in Asia and the rest of the world saw many social media high profiles refuting Twitter to complain about the sudden massive drop of followers on their Facebook profile.

When I woke up, I had tons of WhatsApp messages and inbox messages on my Facebook profile. People pointed my attention to this matter by sending screenshots of my profile. From over 200k followers, the number dramatically dropped to under 10,000.

Many high profiles have been complaining about this massive drop in followers on Facebook and Twitter. Some speculate that Facebook has slashed down the fake followers while others are hinting towards a system bug. It’s been 5 hours now *at the time of writing this article* and there’s no sign of fixing this problem. Perhaps, the META engineers are still working on this issue.

One thing I’ve particularly noticed is the PAGES. There’s no change in likes or followers on Facebook pages. I looked at the Instagram profile and it seems okay too. The bug seems to be related to the Facebook profiles only.

The issue is solved 5 hours later and profile followers are showing again. Here’s my Facebook profile.