Initially unveiled by Wabetainfo, a Twitter account and a website that keeps a close eye on the latest WhatsApp features, the Facebook-owned company is spotted testing beta voice and video calls for desktop users. It is expected that the feature will be rolled out soon to all users all over the world.

“WhatsApp is rolling out beta calls for specific users but unfortunately, being a beta feature, it’s available for very few people. We hope you’re lucky but, if it doesn’t, don’t worry: every day more users receive that activation and, at present, WhatsApp Desktop has a higher priority,” says Wabetainfo. 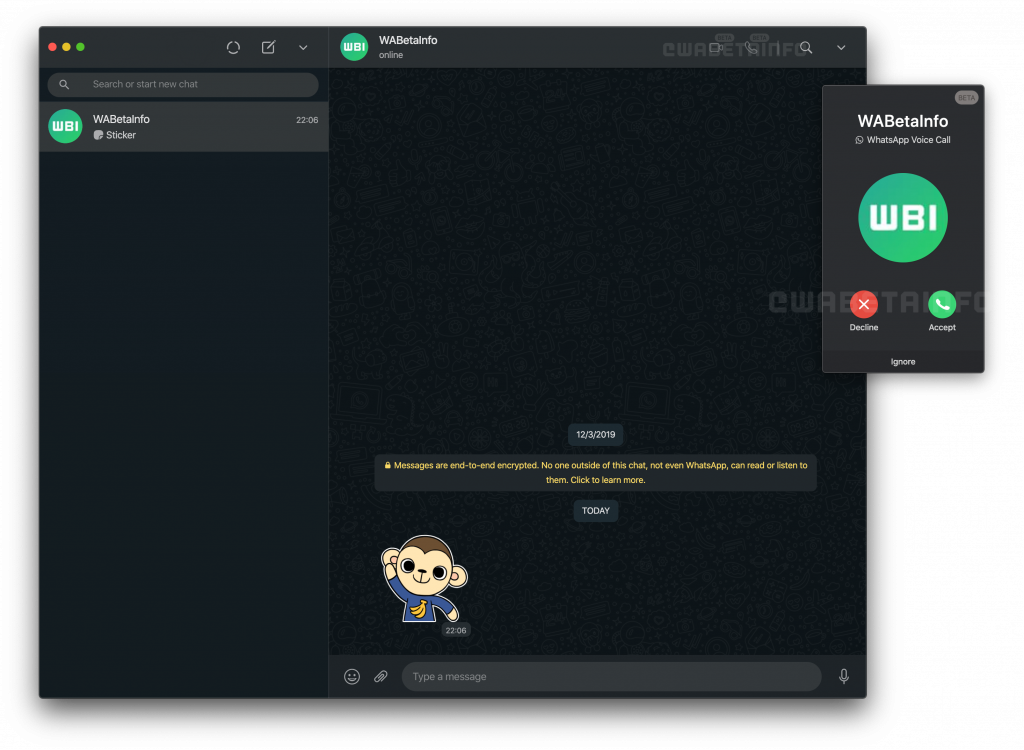 This most awaited feature will allow users of Whatsapp to make phone and video calls directly from their web version. It will work exactly the same way as the smartphone app works.

It is also reported that group voice and video calls are also supported in the new update for desktop users.