59 million Americans are doing freelancing, which is almost 40% of the U.S workforce, tells an Upwork report. Many talented freelancers are earning around $80,000 in annual income offering different skillset.

There’s a strange shift in the job market as many Americans are turning to Freelance during the pandemic. This new trend could well lay down a benchmark of what is yet to come. Youngsters prefer flexible work alternatives rather than opting for a full-time job, many full-time employees have been laid-off since world economies have enforced lockdowns since March, and most importantly, the truth of the matter is — there are no jobs.

The Upwork report always states that 36% of freelancers do freelancing full time, a massive 8% increase from 2019. 75% of people who left their full-time jobs say they make the same or more money doing freelancing than their traditional job and 22% have reported an increase in their total annual freelance earnings, accumulating annual earnings of freelancers to $1.2 trillion this year. 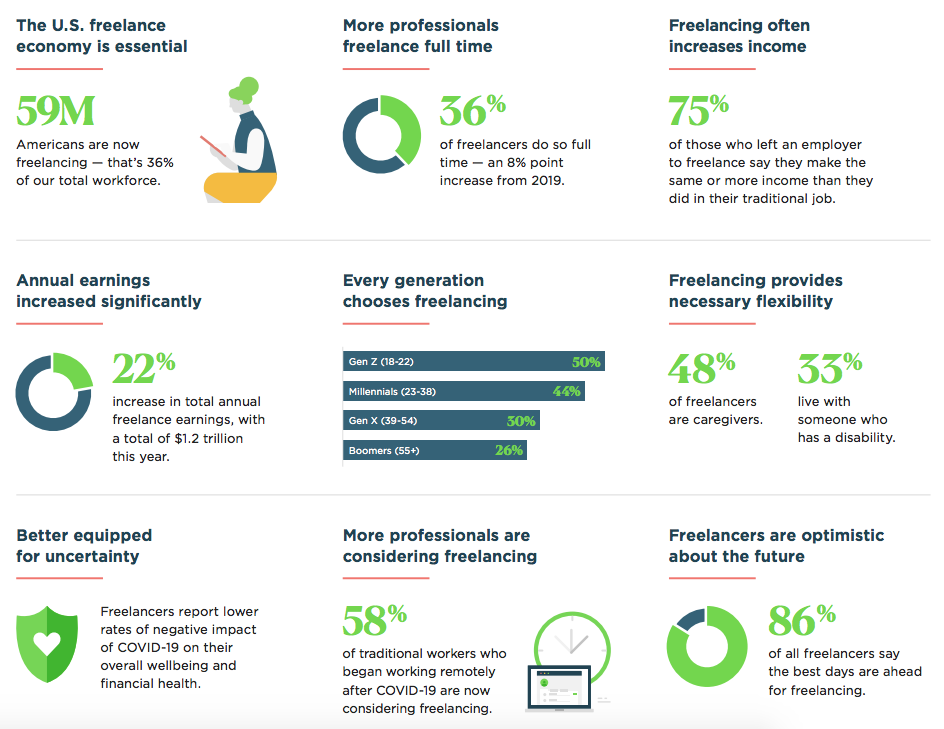 So it is safe to say Pandemic has fueled a freelancing boom not just in the U.S but also all over the world.