According to Payoneer’s latest report of the year 2020, the worldwide average hourly rate charged by freelancers is now $21. This is higher than the $19 average rate just two years ago.

Based on the survey of 7.000 global freelancers from more than 150 countries, Payoneer’s freelance income report has issued some interesting insights, developments on the freelancing spectrum worldwide.

Freelancing is on a rise because of demographic changes, technology development and shift in work paradigm. The freelance economy is booming because of a flexible lifestyle that empowers workers to work remotely online and offer their services on different freelance marketplaces.

Freelancing is led by young workers who love independence and want to be their own boss and get new online business opportunities.

The report also says that experience freelancers, over the age of 55 actually earn more than twice as much as young freelancers below the age of 24.

The most popular category of online freelancing is the web and graphic design. It is followed by programming and IT. These fields do not pay out the most but many freelancers prefer offering these popular services online. 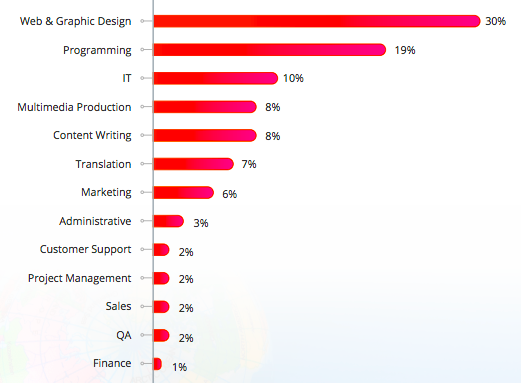 On other freelance marketplaces such as Upwork, Guru, Peopleperhour, and freelancer.com, using social media may not have much impact on their services, however, it does play an instrumental role in spreading the word about the worker to the global audience.

While Gen-Z and millennials are at the forefront of the freelancer movement they still can not catch up on the pace, earnings of boomers. 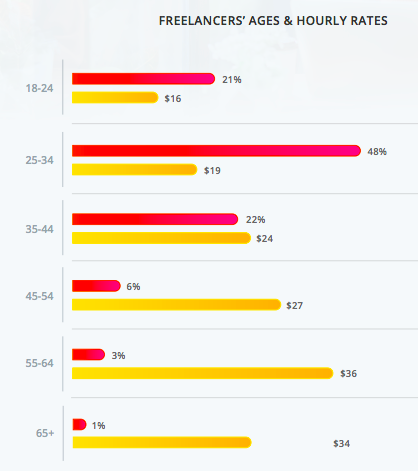 It was found that 83% of freelancers prefer to work from home and only 17% prefer working in co-working spaces, office, coffee shops or t client’s office.