Bill Gross is a passionate businessman who has founded a lot of start-ups, incubated many others. He is also the founder of IdeaLab. As of June 18, 2018, Gross has a net worth of $2.5 billion, according to Forbes.

He got curious about why some startups succeeded and others failed despite the fact that those who were tipped to succeed with huge funding failed and other’s turned out to be a surprising success even though they were not funded.

On his TED talk, he highlights the importance of one single attribute that makes a startup successful.

He shared his finding of what makes the company succeed to the top. He looked at 5 factors that matter the most for startup success. He began by saying that startup is the best way to make this world a better place because a group of people can achieve unbelievable things.

I wanted to know why some businesses succeed because I’ve been doing business since I was 12 years old. I sold candy at a bus stop at junior high school, to high school, when I made solar energy devices, to college, when I made loudspeakers and when I graduated from college, I started software companies. 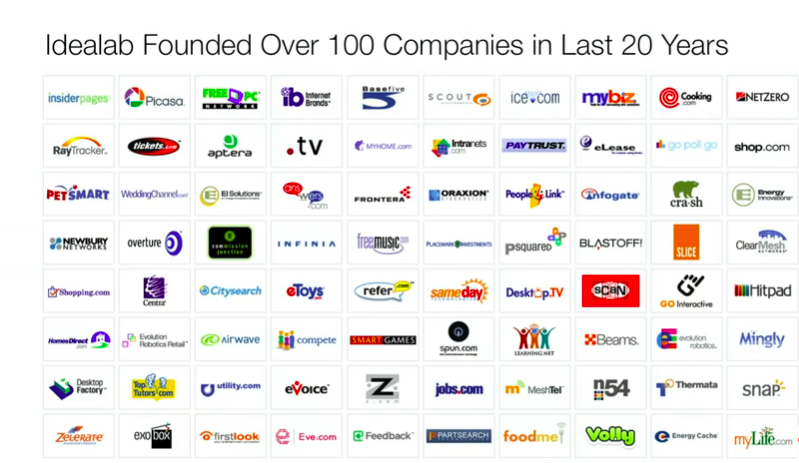 In the last 20 years, we started more than 100 companies, many successes, and many big failures. We learned a lot from those failures. So I tried to look across what factors accounted the most for company success and failure.

The idea is very important. Without an idea, no startup can take birth. 2nd inline is a team. If you have a great team you can become successful in a short time. The business model matters a lot too. A good business model might just grab the attention of the people making you an instant success. If you want to scale your startup, you need funding that can be used for marketing outreach and building the brand presence. Last but not least, the timing should be factored in too.

According to Bill, surprisingly, the last element ‘Timing’ is the most important attribute for any startup success.

He looked at the success footprints of world’s famous companies (not his own).

The companies such as Flooz, Friendster and Pets.com had intense funding but they failed very soon. At the same time Airbnb, YouTube and Uber become successful. 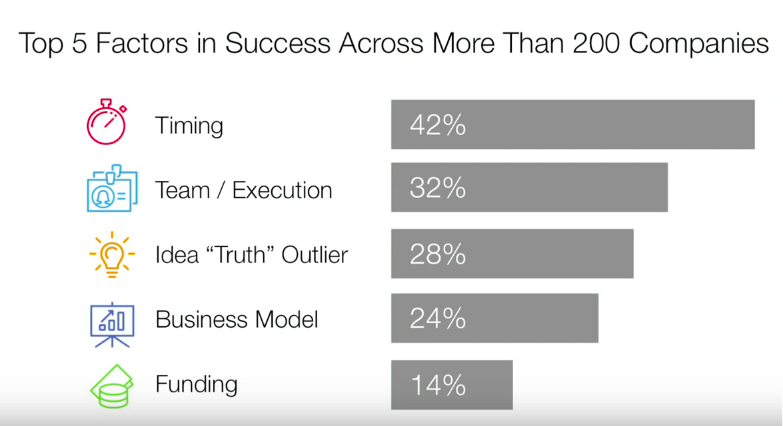 The timing is very important for the success of any startup, idea or a business. Surprisingly. Funding takes the 5th spot. According to Bill, if the idea is trending and has strength, it will attract the funding automatically.

A video company launched in early 2000 and wrapping up its business a few years later because of lack of internet and bad timing. After Macromedia introduced Flash, YouTube launched with no clear business model and became a success just because the timing was right.

The business models like Airbnb and Uber were launched at the time of recession. They empowered people to make extra money by renting out space or using their personal vehicle to do business and make money.

Bottom line is if you want your startup or a business idea to succeed. Look for immaculate timing, all other elements are secondary and will fall in place once the idea kicks off.

The pictures and video are taken from TED official YouTube channel.