The world is about to step into a new era and experience 5G, its benefits and also to face its dark side. Let’s leave the dark side for another day and discuss astounding benefits — 5G will bring and its impact on everybody.

To put things in perspective, the preliminary misconception needs to be unfastened. The transition from 4G to 5G will be not unlike that from 32 to 64-bit computers. 5G is faster, high speed and very robust to say the least.

In simple words, 5G is faster and more efficient than 4G. It promises mobile data speeds that far outstrip the fastest home broadband network currently available to consumers right now all over the world. With speeds of up to and above 100 gigabits per second, 5G is at least 100 times faster than 4G.

4G and 5G are little more than highways for data communications. What high-spots 5G, there would be a number of things that will be connected to each other and communicating seamlessly. A lot depends on the hardware and software too but the pinnacle is ‘internet’ and high fast speed.

With its ability to match pace with Chinese 5G technology, the US wishes to scare people into thinking about repercussions of doing business with China.

The doubt injected — highlights the potential sabotage, pointing out to the security vulnerabilities but the actual motive is far beyond worrying about the privacy, its about gaining lead with the 5G technology.

This internet war between the US and China is not much different from the cold war the US faced with Russians in the ’70s and ’80s. Both countries wanted to win on technological and other structural fronts.

Donald Trump is visionary, he is thinking 6G over 5G. As if grapes are sour and 5G is not bothering the US, the US President earlier demanded that American tech companies should invent 6G and build it for America. The idea is to gain tech supremacy over other countries, China in particular.

But just like 5G first-mover advantage gained by the Chinese, it seems like Trump is little late in talking about 6G research too. China has been researching 6G as early as 2017 and has made some substantial progress too.

Banning Huawei was pure genius, the reason was pointed to China’s mega telecom’s lack of adapting security measures, exploiting user’s privacy but truth be told, it was far beyond privacy flag being raised. It was about 5G and the US wants to launch it first.

If we look on the map at countries banning or partially banning Huawei from setting up 5G, we might notice a few major countries missing. 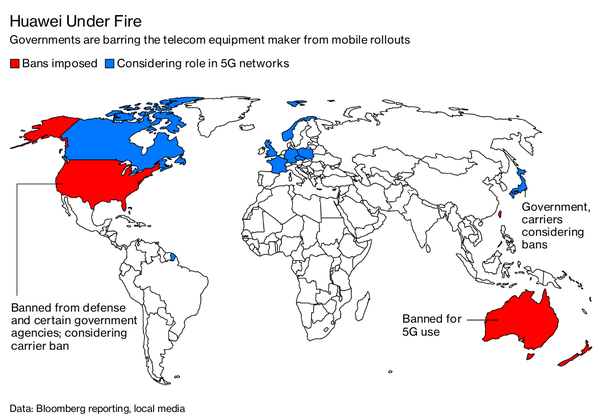 UK and Germany have openly said that they aren’t planning to block Huawei at all. Other countries like Italy and Austria are not even bothered and have not said anything.

Reason? Well, it is because China’s 6G development extended to these countries over the last few years.

We all know how 5G is going to connect the world like never before. Massive machine communication and smart city integration are two things that are underway once 5G has been deployed. The driverless cars, IoT such as connected cities through a centralized governing system are just two examples with a lot more to expect in the future.

China is already far ahead in smart home and smart city development than anybody else.

Bottom line is, not only the Chinese are ahead in 5G but they are ahead of the curve in 6G too. They started working on it long before anybody else even started looking into it.