Its been more than 6 hours now since all facebook owned apps are not functioning properly. It started with the UK region then moved down to the rest of Europe before affecting the rest of the world. Currently, the images and videos are not loading and also the voice notes are not playing all across all three platforms.

People are running to Twitter to find out what happened to WhatsApp, Facebook and Instagram. This is not the first time all three apps have stopped functioning properly. Earlier in March, All facebook owned apps were down and not working properly for over 5 hours. It was the same period when people moved to Telegram, 3 million people precisely joined the new social media in the span of a few hours.

It must be mentioned that the serious of problems began in September last year when for the first time, all three apps went down for many users all over the world.

This time around, people have turned to Twitter for expressing their concern and inquiring what has gone wrong. Twitter right now is the king of social media. 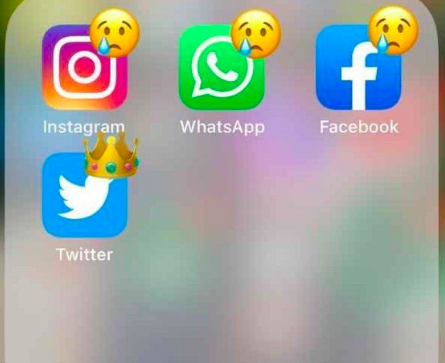 We’re aware that some people are having trouble uploading or sending images, videos and other files on our apps. We’re sorry for the trouble and are working to get things back to normal as quickly as possible. #facebookdown

Earlier in March, cloud services were mentioned as the reason for downtime. As of now, nobody knows what has happened and how long will it take Facebook to fix all the apps.

Let’s hope, it is not serious and not out of control. For now, it is time for people to actually talk to each other rather than social media.