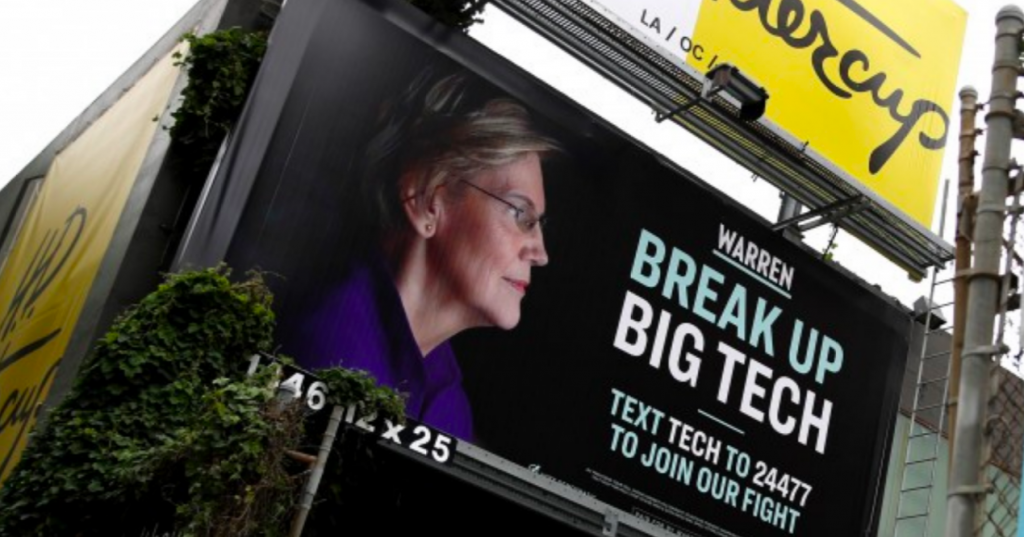 Senator Elizabeth Warren Rises In The Polls Ahead Of First Democratic Debate and we all know that apart from her political agenda to win the primaries and defeat President Trump in the elections, she is also focused on breaking up the ‘Big Tech’.

So, what is so alarming about the ‘Big 3’ that has prompted Senator Warren to take this issue up?

Three tech giants, Facebook, Google and Amazon hold online dominance and over 98% of online advertisement is done on these three businesses.

According to a report by Business Insider, a chart by eMarketer shows the market captured by the ‘Big 3’. More than 2 out of 3 dollars spent on an advertisement online in the US goes to one of the three companies. 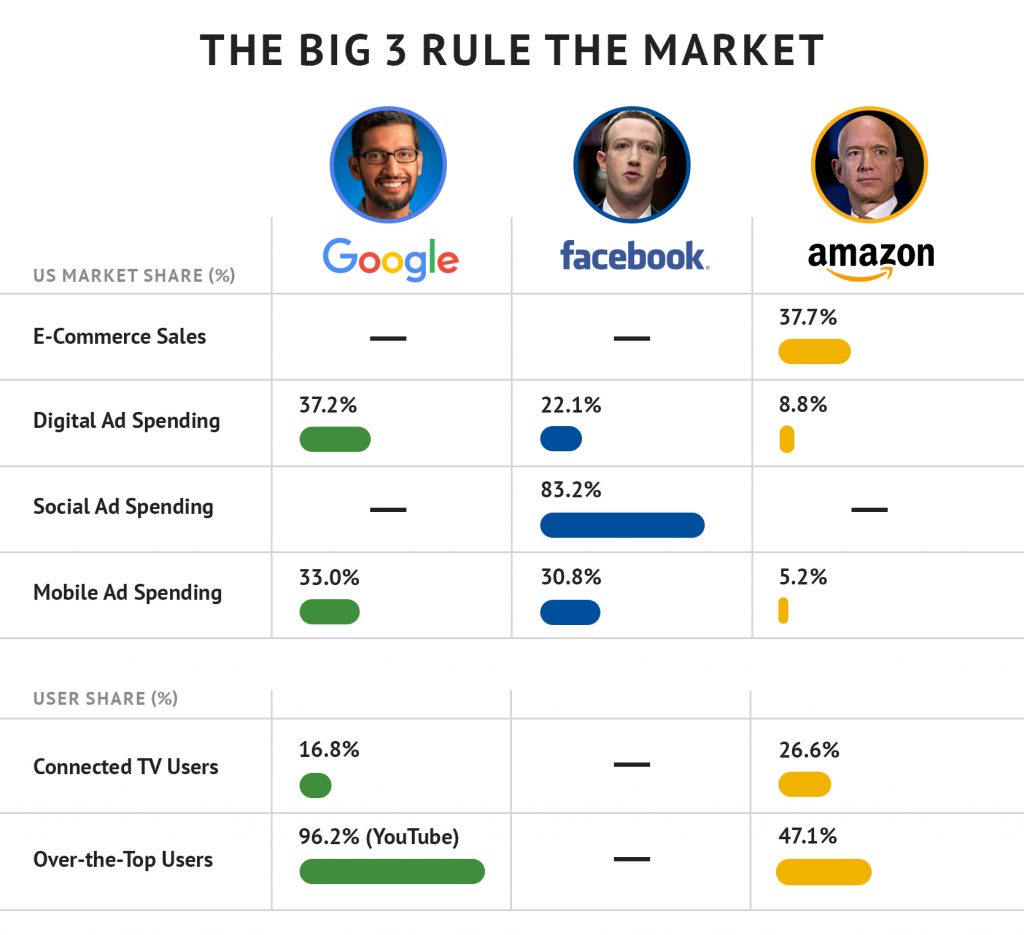