Social media networking sites and mobile messaging apps are getting extremely popular because of instant chatting and video calling service. It is so interesting to see how fast technology has evolved in the last 2 decades. In the ’90s and even in the early 2000s, long distance calls outside your country were pretty expensive depending on the country you were calling. With the evolution of the internet and these free messaging apps, you can call someone seven ocean across using the internet absolutely free.

Let’s talk a look at the world’s most popular messaging apps of 2019 and their market penetration worldwide. 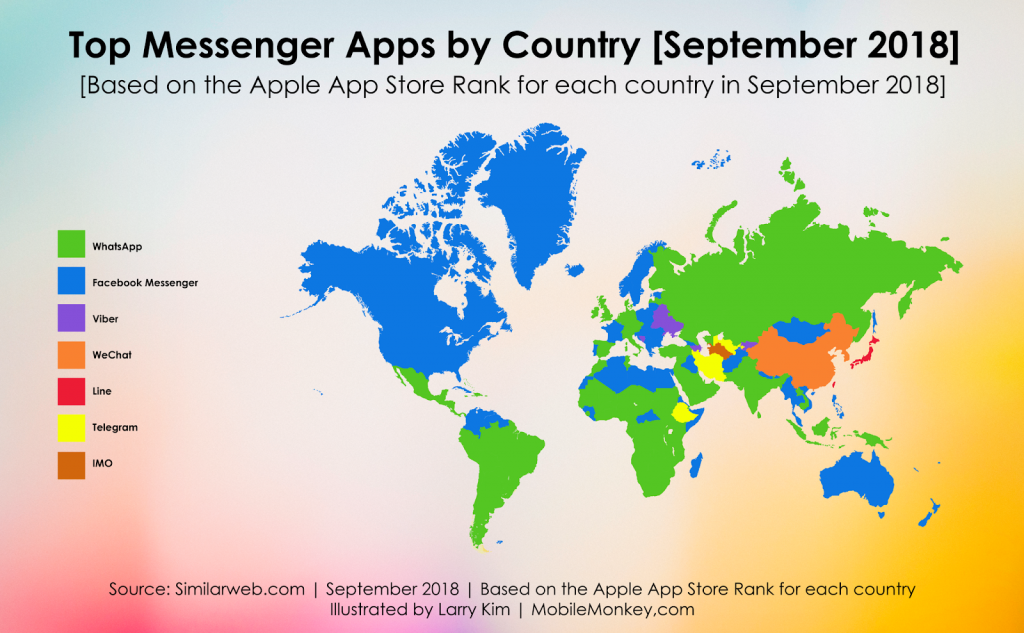 The most surprising stats here is, Messenger is more popular than WhatsApp in US and North America.