After Apple cracked down on Facebook last year for apps that paid its users for gathering data on phone usage, Facebook has launched a new app. It will let users sell data about how they use competitors apps. Facebook on Tuesday announced that it is looking to hire people to download its new app from the Google Play store. Once downloaded, the app will exchange data with Facebook on what other apps the users have on their phone, the app features, how much time they spend on the app, what features they use, and how much time is spent on them.

Last year in June, Apple had a go at Facebook criticizing its involvement for similar apps that paid users as young as thirteen years old for gathering data on their phone usage and other apps they use. 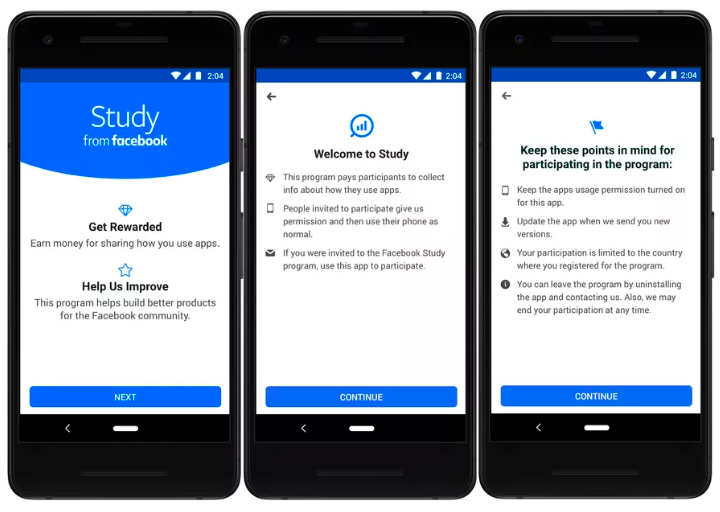 Facebook seems to be more transparent this time around with its approach and has publically announced it on their newsroom. However, they have not chosen Apple stores to make the app available and instead have gone for Google Play store so only Android users can participate as users.

“We believe this work is important to help us improve our products for the people who use Facebook,” Facebook said in a post announcing the launch of Study. “We also know that this kind of research must be clear about what people are signing up for, how their information will be collected and used, and how to opt out of the research at any time.”

For this new study app, only users above 18 will be able to participate and it is not clear how much the compensation will be paid for using the app.