About 410M people connect over video chat on Facebook Messenger every month. People spend a lot of time watching videos on the world’s biggest social media network. To accommodate more people using videos and Facebook products, the company is rolling out new Messenger ‘LightSpeed’ in the near future.

Light speed messenger will be fast, will load quickly and will not be heavy even on slowest of computers and phones and yes, the desktop app will come soon too. The desktop version will be similar to the mobile version, just like WhatsApp web. People will be able to watch stories, call video calls and converse in instant chats.

According to Facebook as stated at F8 Conference and posted on the newsroom, the app will launch well under 2 seconds, it will be around 30MB to install making it 70MB lighter than the current Messenger size.

The new app will also have a feature to allow people to watch videos together, real-time on Messenger creating a virtual living room despite the long distance. 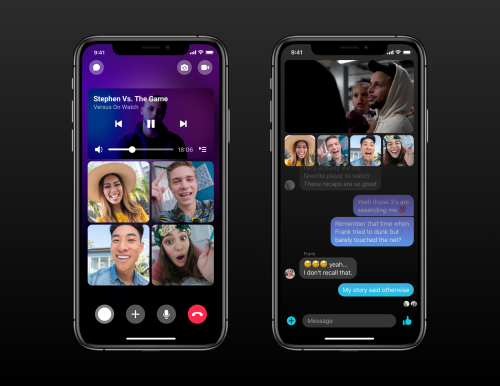 It was also revealed earlier in March, Mark Zuckerberg Is going To Integrate WhatsApp, Instagram and Facebook Messenger. The statement was confirmed by Facebook CEO telling, all apps will have end-to-end encryption once integrated.