According to the FP, “In 2018, Khan, a former cricket star, now the 22nd Prime Minister of Pakistan has a difficult-to-do list, starting with Pakistan’s struggling fiscal and debt crisis.”

The magazine describes the list as a special edition, as it has been released for the 10th consecutive year.

“The first group comprises thinkers who have had enormous impact on the world in the past decade. The other groups are for people who have been influential in the past year: thinkers and doers 40 and under, as well as those in defense and security, energy and climate, technology, economics and business, science and health, and activism and the arts. We reserved 10 spots to be picked by our readers. And, finally, we have a group of 10 great minds who died in 2018,” it explains. 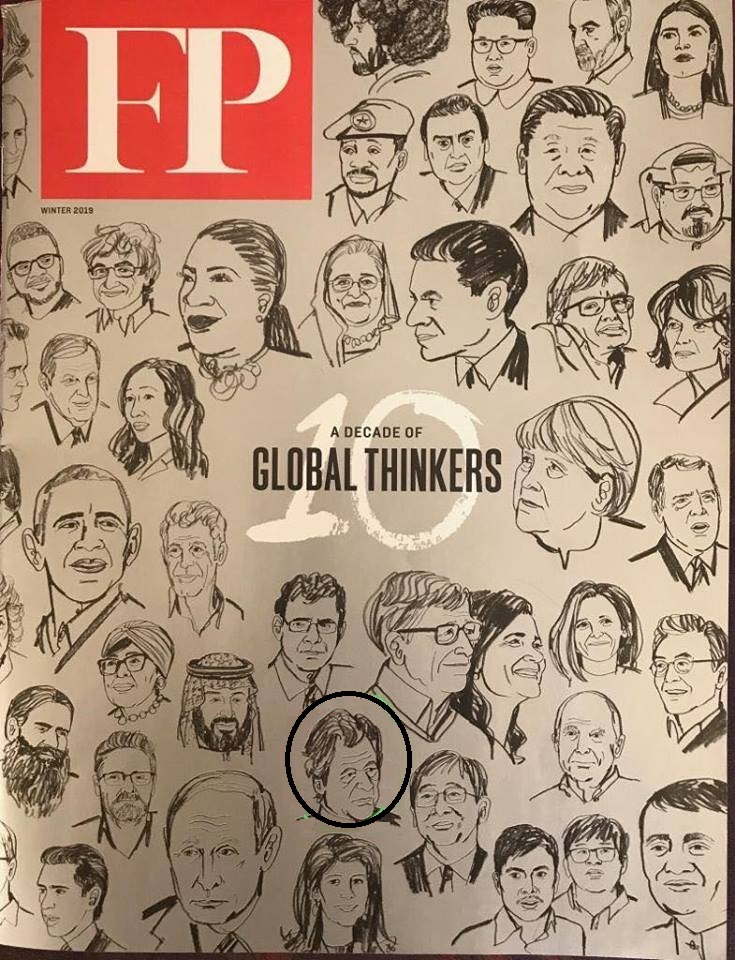 The full list of 100 releases will be released on Jan 22. Last year, in October, Prime Minister Imran Khan was featured among the top 50 World’s Most Influential Muslims’ list of 2019.

According to the list titled ‘World’s Most Influential Muslims’, Imran Khan had secured the 29th spot in the prestigious list.