WhatsApp is now working on what could perhaps be the most wanted feature, specially by the husbands. According to WABetaInfo, the Facebook owned company is working on biometric authentication for the app. It means, only you will be able to open your WhatsApp on your phone by providing your finger/thumb impression.

WhatsApp has already added the feature to the Android beta but it is not rolled out to the public as it is hard tested right now and should be available for release ASAP.

“The user will need to authenticate his identity in order to open WhatsApp (from the app icon, from the notification or from external pickers). It will protect the entire app, so it’s not used to lock specific conversations,” the report added. 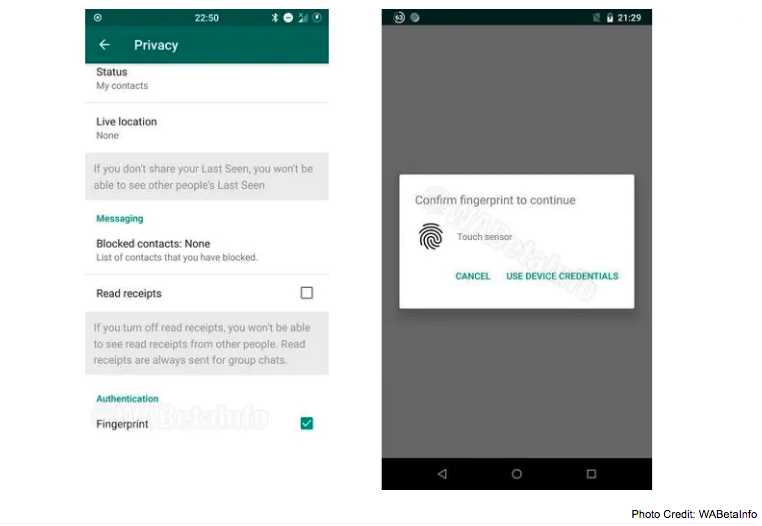