WhatsApp has recently submitted a new update through the Google Play Beta Program. The new version 2.19.18 version has some amazing updates.

WhatsApp has now added a new option that allows to quickly show a media directly in chat.
When users select the options for an image, WhatsApp will show this menu: 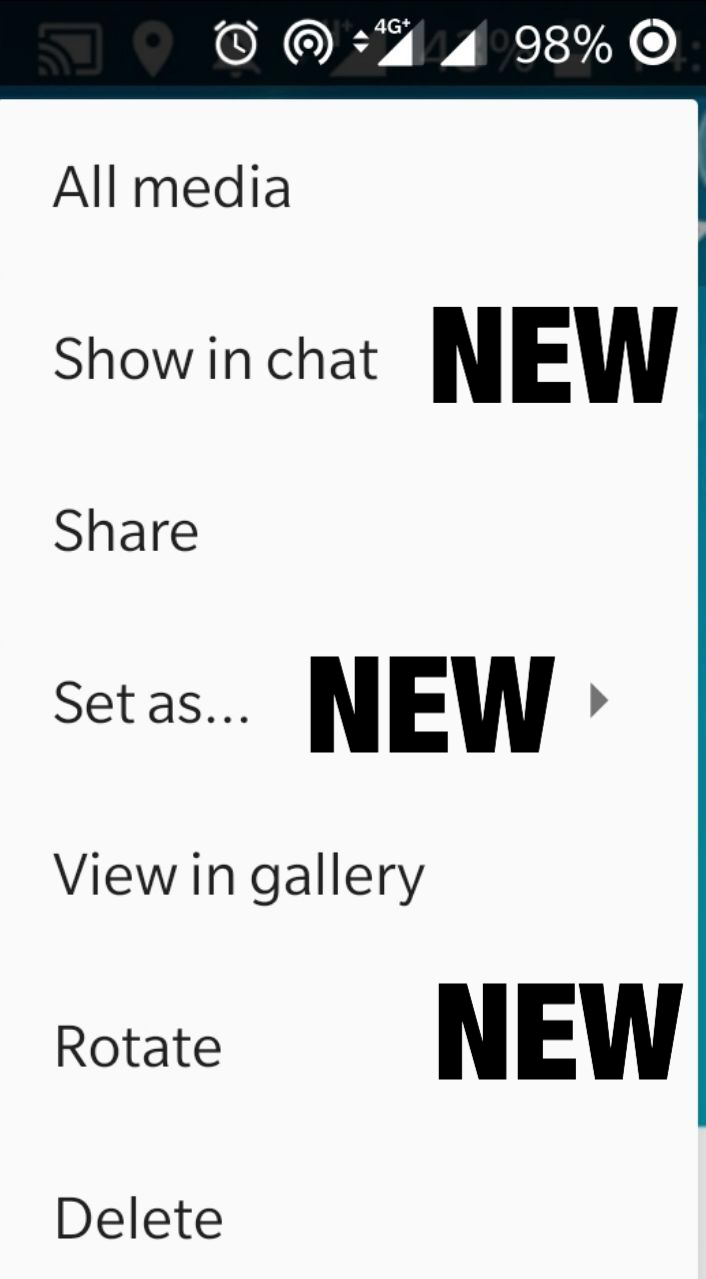 When selected Show in chat, WhatsApp then opens the chat presenting the view where the image is visible.

In this menu you can also see “Set as…” and “Rotate”.
Previously, all options available in “Set as…” were visible in the first menu, instead “Rotate” is the new option. Previously there were “Rotate left” and “Rotate right” in the old version, as shown below:

The ‘Show in chat’ feature will now let users quickly find out where any images or videos originated from. This allows users to find exactly the source of an image or a video from the original group or a conversation. This feature will identify the source of the news thus making a positive effort to scrub fake news.

Users will not have to be very carefully in posting Fake news on WhatsApp because now, the source can be revealed.