From his childhood, he was used to staying in the company of his father and closely observed his father dealing with the technical equipment on his own. His father had a command over the electrical equipment but not very much comfortable when it came to dealing with the electronic stuff. He had a dream that his son could master the field of electronic engineering and can advance in the same career.

One day his father bought a device at home which very expensive and was unaffordable by the government hospitals. It was imported from different countries because the devices that were being manufactured in the country at that time were not free of faults. But it got all figured out by Mohammad Mohsin Rafiq and he created the same electrosurgical unit.

This device was basically a system that was used to remove tumors, cut tissues, and seal the blood vessels in a more hygienic manner as compared to the other devices that were present at that time.

This device generates high frequency energy. If the system is not designed properly, it can harm the patient as well as the surgeon using it. This device has been produced of high quality and can complete with any international device and is still continued to be worked upon for improvement. Until now, 10,000 surgeries have been done with the help of this device. In June 2018, he presented the electrosurgical generator to the prime minister of Pakistan. 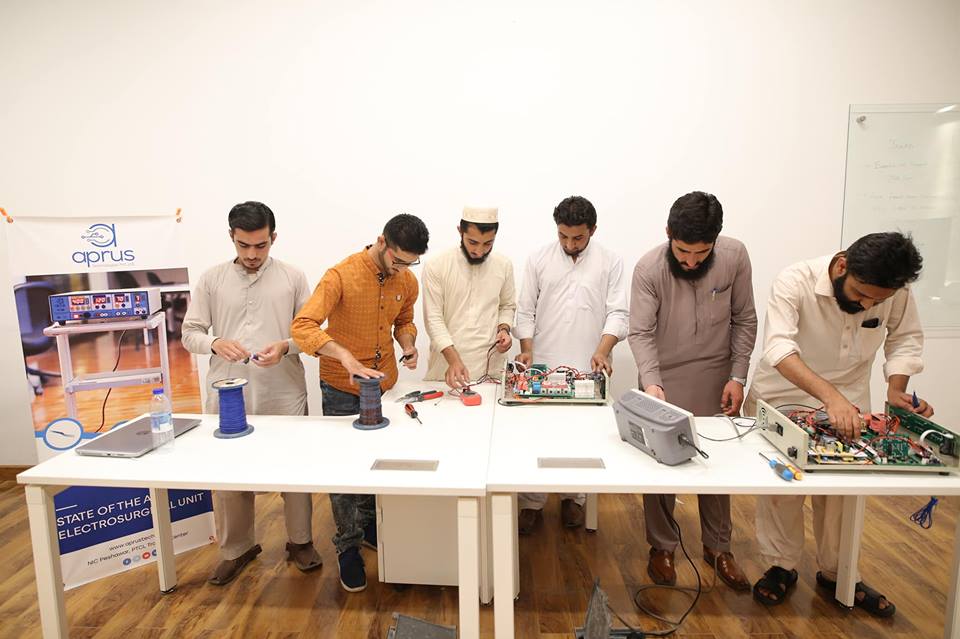 He designed an electro-surgical unit that is used for coagulation of tissues, making gold standard medical procedures available to the poor.

“My father worked as an electrical technician at the hospital, he would repair and maintain different apparatus used in surgeries. One day he brought home a German device and asked me to inspect if I could repair it. I was in the final year of my degree.”

“My father further told me that the device was expensive and was imported from Germany, he and other technicians have failed to figure out how to repair it.”

Currently, as his PhD project, Mohsin Rafiq is working on the device to introduce instant response technology because of which the thermal damage that is done during the process will be reduced. He is doing the research on this technology and a book is being published on the same subject.

In that book, an entire chapter is dedicated to electrosurgical generators and will be available in the month of October. The device that is being produced will be ten times cheaper as compared to the one that is being imported by foreign countries and will be of a great help for the government hospitals.