For the first time since 2014, Jack Ma, Chairman of Internet giant Alibaba reclaims the number one spot as the richest man in China.

Jack has got a worldwide recognition of being an amazing motivational speaker, inspiring small businesses and entrepreneurs with his wisdom.

Right after it was announced that Jack is stepping down as active executive of Alibaba, the dominance of top richest man in China spot comes as a good omen.

Jack has taken a substantial lead over his predecessor Ma Huateng also known as Pona Ma.

Also See: Jack Ma’s remarkable life transformation – From poverty to one of the richest man in China

According to Forbes, Here is the list of Top 10 richest man in China. 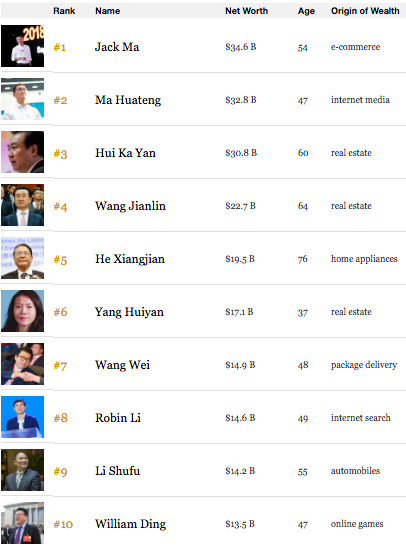 Jack Ma climbing to the top of the ladder as the most richest, successful businessman in China has a lesson for everyone. A man who faced a lot of rejection for most part of his life never gave up on his ambition and obsession to make an impact in the world. Alibaba, his brainchild is now one of the biggest B2B businesses in the world.