About five months ago, Facebook announced at F8 annual developers conference that it is planning to launch a dating service. Facebook has now publically started testing its dating service now. The online dating product is calling ‘Dating’.

For now, users aged 18 and above in Colombia will be able to create dating profiles but the plan will roll out to the rest of the world in the months to come. Dating is developed keeping in eye a goal of long term relationship rather than hookups.

Facebook jumps into the dating industry years after Tinder and Bumble have established a strong foot hold but considering Facebook huge audience base, it could prove to be a new business avenue for the company. 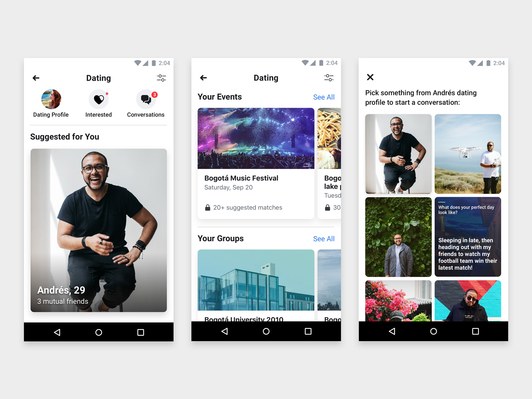 Facebook will use a unique algorithm to match you with potential match and show as suggestion for date. The query is based on many factors but most importantly what have you in common with regards to interest, posts and choices.

Facebook restricts and does not show any potential matches to people located less than 100 kilometers away.

“We’re trying to connect people that are open to getting to know each other in the future,” says Nathan Sharp, a product manager at Facebook.

“It’s all about opting-in and making sure that people are really intentional.”