Nike just announced their first running shoes with an all-foam sole. The bottom is powered by a new foam technology called React and the shoe is called Nike React. The shoe will release on February 22nd. 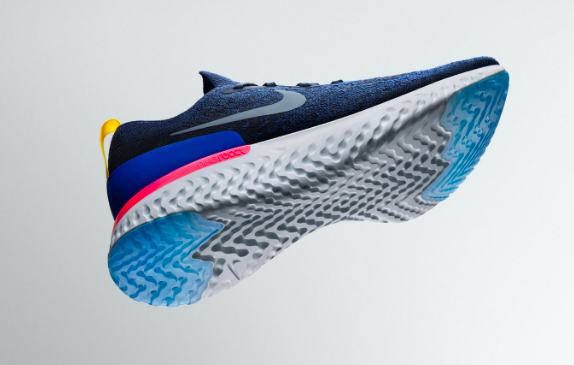 Runners asked for one shoe that could do it all: offer more cushion from the impact of each stride, give them the energy return needed to stay fresh late in a run, feel light underfoot and also be able to withstand wear and tear of impact and elements run after run. Nike Website

The foam technology itself is called React and was first introduced last year in a Nike basketball shoe. Nike says that they have tested React technology for around 17,000 miles of running so that clearly shows the shoe is long lasting and is build considering different running tracks, bumpy roads.

The idea of creating the all foam sole is to absorb the pressure while running therefore reducing stress on ankles, knees.

According to Nike, The shoe’s upper is simple. The forefoot, toe and arch are very sculpted thanks to the one-piece Nike Flyknit bootie (which takes cues from the Nike Flyknit Racer) that was precision-engineered for support, flexibility and breathability in the spots where runners need it. It’s minimal and close to the foot but still supportive.

The price is expected to be around $200.