Sarahah is a new app that is beating out most of the popular apps on the App Store right now. This app was developed by a Saudi programmer Zain al-Abidin Tawfiq and is named after an Arabic word meaning frankness or plainness. This app provides the option to send and receive feedback from friends and co-workers anonymously.

The app has been reported by BBC to have already 2.5 million users in Egypt, 1.7 in Tunisia and 1.2 million in Saudi Arabia. This app has become the number one app on the App Store although being launched recently in June. 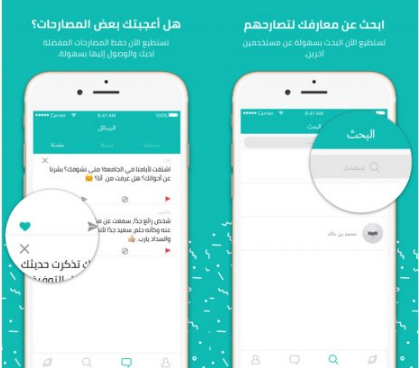 The app itself doesn’t reveal much publically but helps users to identify their strengths and weaknesses by getting a feedback from their friends and colleagues in a private manner. It allows people to share their user name with whoever they want in order to get anonymous messages. There is no option provided for responding to the messages but users can only favorite the ones they like.

On the App Store, the app appears in Arabic but once it is downloaded to a user’s phone the texts appear in the English language. This app is being considered an app for getting bullied as a user posted that his son received racist comments after 24 hours of signing up for an account. Another user recommended it not a good place unless anyone wants to be bullied.

But Sarahah is not the first app to be considered a breeding ground for racism, many other apps are already in existence where messaging is sent and received anonymously. Bullying originated from the person who is perpetrating it and one app cannot be held responsible for the online harassment. The app Sarahah is a proof that when one anonymous app disappears, another one appears. It is an anonymous app which helps people to express what they actually feel without being scared of revealing their identity.

Some users have regarded it as a good way to boost their confidence and to improve the areas where they are weak. The basic reason for this app to get so much popular is that it fascinates people to know what others think about them