The definition of success is pretty much different for everyone and the same strategy cannot be applied to every scenario. However, one can gain a little bit of inspiration by following some of the widely accepted norms regarding success.

Recently, a former Apple employee shared his secrets to attaining success by showing the picture of the back of his card that was given to him when he was hired by the company in 2004. Following are revealed the golden rules of success that were given to him for staying motivated. Huxley Dunsany shares the 11 rules of success handed over to him by his boss in a post on Reddit. 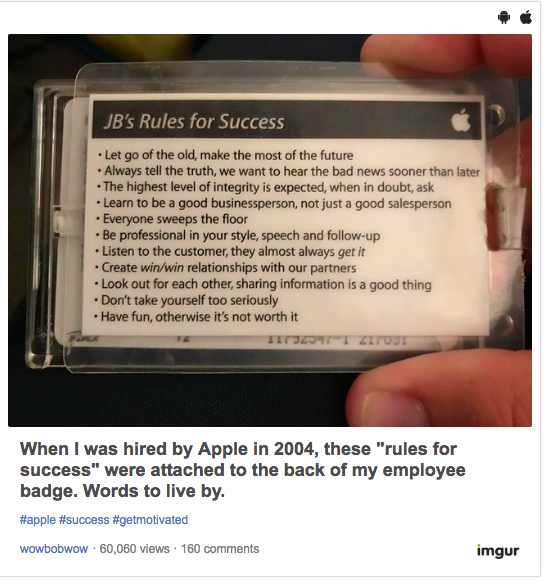 These are the rules Apple wants its whole team to live by. This is actually something that has helped the company a lot to attain success.