1.2 billion people use Facebook all over the world, this number is higher than the number of cars on the road and planes in the sky in the world. This shows a phenomenal growth this social media has gained over the past few years. Facebook is constantly introducing new features, the very idea of making the portal/app one stop resource for all of users daily needs has almost become a reality.

It all started initially with connecting friends and family, moved forward to the news feed, game apps, weather reports, sharing pictures and videos, creation of pages, introduction of geo based marketplace, nearby events, people near you and only Mark Zuckerberg knows – where will it end.

Stan Chudnovsky, Messenger head of product announced in a recent event at Fort Mason in San Francisco that Messenger will begin to show ads in messenger from next month.

Although adverts aren’t a be-all-end-all source of revenue but they are the primary source currently and are the back bone of our business model.

It is also stated that the data consumption rate will be factored in while displaying the ads. The experiment will roll out slowly to few selected countries initially and based on the response will be introduced to everyone.

The ads will be similar to what Instagram already has in place as shown in the picture. 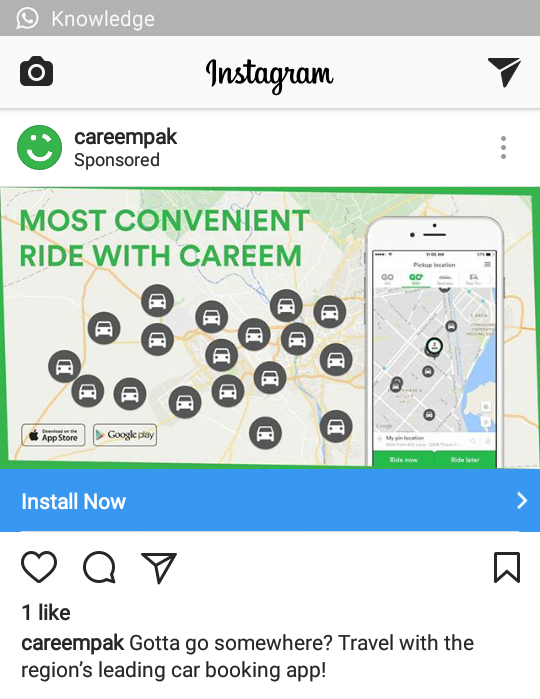 This would be a big opportunity for advertisers to show their product to millions of people living in a a particular area as Facebook ads are GEO targeted.